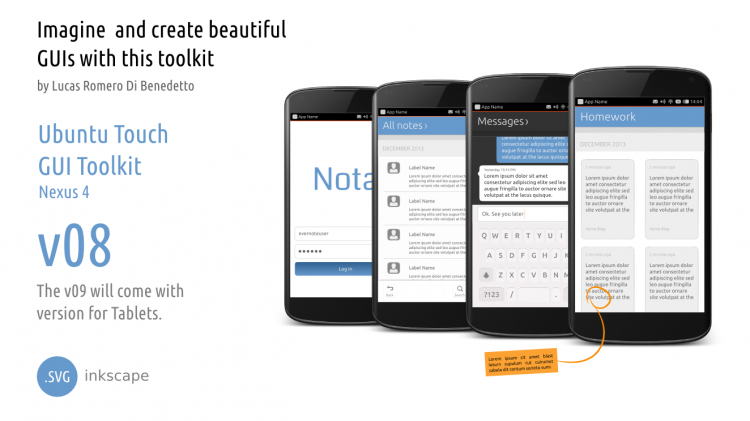 You know what app the Ubuntu Touch platform really needs? The one you can’t live without.

That line is very cheesy but it’s also true. These are the sort of apps that fill a hole in the OS, cater to a niche, allow tasks to be accomplished quicker, or are simply the ‘best in class’ of their type.

And Ubuntu Touch really needs more of them.

This brings us neatly to the point of this post. Ubuntu Touch is a fledgling platform. While it has a growing number of applications (over 130 at present) not all of these match the quality or usefulness of those found on competing platforms, like Android.

Which is where you could help.

How many of you have an amazing idea for a mobile application that would rock but have no means to craft it in code? A fair chunk of you, I’m sure.

For people like you, the designers and dreamers, the first step to turning your app into real, tangible code is to create a mockup. The old saying that ‘a picture is worth a thousand words’ is doubly true for software ideas; it’s far easier to “get” the point of an app when you’re staring at it.

Mockups also do more than help you put your idea across for others to engage with: they are often a great way to catch the attention of developers on the lookout for a new project.

Ubuntu user Lucas Romero Di Benedetto has painstakingly put together an Ubuntu Touch GUI toolkit that you can use to draw your dream app in digital ink. His SVG pack includes all of the interface elements, shapes, buttons, icons and layouts that real Ubuntu Touch apps adhere to, all neatly arranged and grouped so you can find the parts you need quickly.

Combined with the official App Design Guidelines from Canonical, you’re primed to deliver the next great app idea!

To use it just grab Inkscape from the Ubuntu Software Centre, load up this handy .svg file and get designing. Don’t forget to share your app ideas with us. We’ll feature some of the best creations here on the site. 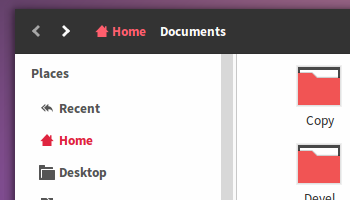 ‘Iris’ Is a Stylish Flat GTK Theme for Linux
Read Next