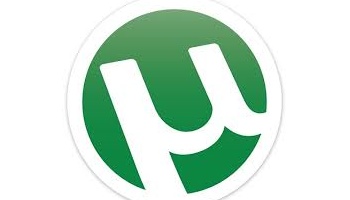 uTorrent arrived on Linux back in 2010 – but not in the form most users were expecting.

The app, which is a perennial mainstay on lists of ‘must-have’ apps for Windows and Mac, was made available on Linux in the shape of  ‘uTorrent Server‘ —  a lightweight client that can be accessed from the browser, but lacking the integration and feature set provided by traditional desktop apps.

For the adept Linux user the server option is a compelling and highly configurable choice. But for Joe User it’s another intimidating set of command line fu best avoided.

Plans for a Linux uTorrent desktop client remains on the drawing board. But, much like the modern film adaptation of He-Man and the Masters of the Universe (not bitter, honest), it’s been stuck in development hell for the last few years.

So interminable is this wait that one user is taking it upon himself to create a GTK desktop wrapper for the uTorrent server that will offer the sort of desktop integration — like one-click .magnet file handling — the command-line version doesn’t.

Progress is, as of writing, in the early stages but the bulk of the UI appears to be already in place. ‘Mpshouse’, the developer behind the effort, plans on getting uTorrent Web APIs, dialogs and button connections hooked up next, with superfluous extras, like speed graphs, to follow at a later date.

If you have the requisite skills to help hasten its progress you can check out the project’s GitHub page for details on how to get involved.

For everyone else, it’s worth remembering that despite the hype there are other native torrenting apps available on Linux that are just as capable as uTorrent, including Transmission, which comes installed on Ubuntu by default, and Qt favourite KTorrent.