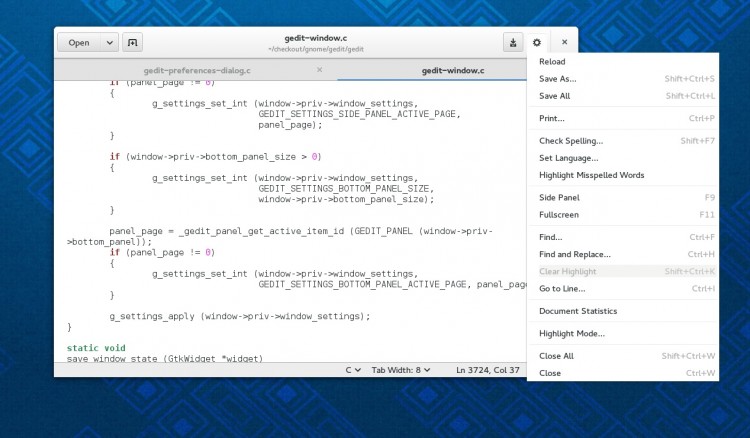 GNOME has finally gotten around to updating the look and feel of their text editor, ‘Gedit‘.

The app, the bread and butter of many a Linux developer, has been redesigned to match the newer GNOME 3 interface guidelines, and uses newer technology, such as the new GTK Header Bars.

Freshly landed in the master branch of Gedit on the GNOME Git, developer Nacho Resa notes that the tweaks represent the ‘most radical change in the UI in years’.

‘Developers will continue to iterate the look based on feedback from users.’

“The goal of this work is to create a modern, slicker interface which wastes less screen estate and lets you focus on the text or code you are writing,” he writes on his blog.

The UI changes shown off in the screenshot above are, Resa says, not final. Developers will continue to iterate the look based on feedback from users.

As well as debuting a pretty new face Gedit has also undergone some more substantive changes beneath the surface.

Improvements to the code base will give GNOME users a better experience, and also allow the app to adapt for use in other desktop environments like Unity. On the extensibility front, owing to a break in the plugin API, developers will need to update their plugins to work with the updated version.

It’s not yet clear on when GNOME users can expect to see the improvements land by default (one guesses in GNOME 3.12) nor when downstream projects, such as Ubuntu, will add it to their archives.

But, at face value, the changes seem like they’re worth waiting for.