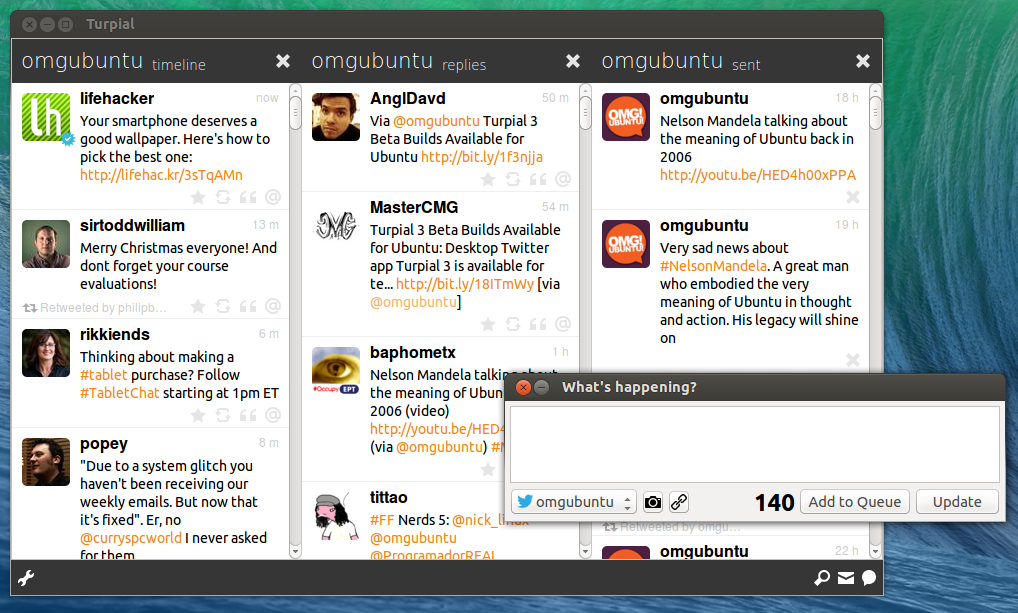 A new stable release of popular Linux Twitter app Turpial has been made available.

Turpial 3.0, the first stable release in almost two years, has been rewritten both under and above the hood to offer a better experience to users. The developer says that despite the changes  resource consumption is kept to a minimum.

Along with a new UI written in Qt come a host of welcome feature additions, including:

Features planned for future updates include support for filtering, lists, and Twitter’s live-streaming API. Improvements to the application’s integration with the Ubuntu Unity desktop are also planned.

Source packages can be download from the Turpial website and, according to the developer, ‘should be available soon in Debian, Fedora, Ubuntu and Arch repos”.

Source code too much? Impatient to try it out? Debian packages – .deb installers – of the second beta build remain available.