A new application is aiming to help Ubuntu One users access their files on more platforms – including Ubuntu Touch.

‘It’s 100% compatible with iOS, Ubuntu Phone and other platforms’

U1Files is an unofficial, open-source and cross-platform app that’s using Qt/QML to power an adaptive interface. While it’s primarily aimed at Android for now the developer behind the tool, José Expósito, says that the app is “100% compatible with iOS, Ubuntu Phone and other Qt-compatible platforms”.

If any Jolla users are reading this, that includes you!

José cautions that the app is currently in an alpha state, with some key functionality, such as folder creation, document uploading and automatic photo backups, yet to be added. Despite this he says it is “stable and functional” – so much so that it’s already available for Android testers to download from the Google Play Store.

Canonical currently maintain official mobile applications for both Android and iOS, and desktop apps for Ubuntu, Windows and Mac OS X. But, curiously, not Ubuntu Touch.

Apple, Microsoft and Google all feature some form of cloud storage service integration out of the box, making the lack of Ubuntu One support in Ubuntu Touch all the more curious.

It’s this missing piece that José is aiming to fill with his app:

The main idea of this release is try to get interest over the project from developers and graphical designers and get information about the Ubuntu One application in Ubuntu Phone.

Feeling brave? The link below will help you get it up and running on your Android device.

Get U1Files on Google Play Store 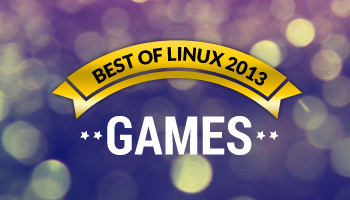 The Best Linux Games of 2013
Read Next