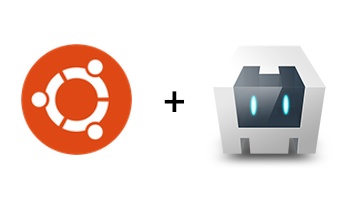 Canonical has announced that the next version of Apache Cordova, 3.3, will support Ubuntu.

Cordova is a mobile development framework that lets developers use web technologies – like HTML5, CSS, and JavaScript – to deliver mobile apps to multiple platforms, be it iOS, Android, Windows Phone, or – now – Ubuntu Touch.

If the name “Cordova” doesn’t ring a bell, you may be familiar with a distribution (and the original progenitor) of Cordova – Adobe’s PhoneGap. And for those of you concerned with Adobe’s name attached to the framework, Cordova itself is a top-level project at the Apache Software Foundation.

Support for Ubuntu Touch will make the fairly low barrier to entry – thanks to QML and existing HTML5 support in the Ubuntu SDK – even lower by bringing Cordova/PhoneGap tools into the fold and, thus, the 400,000 developers already familiar with them.

The Ubuntu SDK already supports a number of Cordova APIs for access to hardware and various system components, but app development itself has been limited to Ubuntu’s own tools. Ubuntu Touch support in the Cordova framework will mean developers who are building cross-platform Cordova/PhoneGap apps outside Ubuntu – possibly using services like Adobe’s PhoneGap Build in the future as well – could bring their apps to the platform without having to switch build tools, IDEs, or even operating systems.

Having a raft of familiar APIs and tooling is even more important for mobile OS newcomers, like Ubuntu Touch, that can’t afford to start from square one when mature mobile platforms and ecosystems are plentiful and far less of a gamble. But Cordova support and yesterday’s news of a hardware partner are good signs that Ubuntu is ready to duke it out come 2014.

Home » News » Cordova Will Support Ubuntu Touch In Next Release