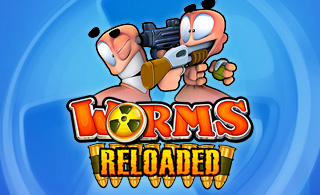 Four classic indie games, including Worms Reloaded, have been brought to Linux for the first time as part of the new Humble Bundle with Android 7.

The cartoonish fun of Worm’s Reloaded (which we told you was on its way a few months ago), Greed Corp, Ticker to Ride and The Bard’s Tale all make their Linux debut as part of the latest ‘pay what you want’ promotion from the fine folks over at the Humble Bundle.

For the next 14 days you can offer up any price you deem fit for the following line-up of gaming titles, with the option to specify who gets what portion of your money. Want it all to go to the devs? Want to split it between developers and a select group of charities? It’s your call.

Pay more than $1 and you get a key for Steam. Cough up more than the average price listed at the time of purchase also gets you the following two titles (in addition to a handful of extra games yet to be announced):

Want in? Everything you need to know can be found over at the official website: