Whether you’re looking for laid back platforming or artistic verve, indie title FEZ is bound to gain new fans in its Linux debut.

Playing as an unidentifiable creature named Gomez, your goal is to find the missing pieces of a Hexahedron scattered across the world before it’s too late. Though the world looks 2D, FEZ has a trick up its sleeve that makes it far more unique than the platformer lets on at the start.

Unlike a certain Italian plumber, your fez-wearing character – resembling a svelte Pillsbury Doughboy – isn’t limited to jumping. Vines can help you scale walls and bombs can clear loose bricks. But what FEZ is known for is its twist on the 2D platformer: perspective.

By changing the perspective of a level, a platform that was otherwise beyond your reach is no more than a foot away. Platforms that appear disparate can form a stair step with a few rotations.

Even bombs make use of perspective. When loose bricks snake around a building, you’ll need to change the perspective to keep the chain of bricks exploding – otherwise, the game refills the space a few seconds later and it’s back to square one. And if loose bricks on another platform touch in a different perspective, the explosions can cascade across the map.

There aren’t any ‘lives’ to collect – falling will simply reset your character to the last ‘safe’ position – and certain items will respawn after you use them. So instead of resetting a level every time your bomb fails to clear an entire area, they’ll simply respawn in the same place. You will need to watch out for “black holes”, but the stuttering black squares opened to the starry universe behind are quite obvious and easy to avoid.

Puzzles aren’t absurdly difficult and, again, if you happen to throw a block off the edge, it’ll respawn in a few seconds.

The in-game dialogue isn’t glacial, and spamming a key will get you back in the game if the story doesn’t interest you. But the dialogue shines with its gaming allusions and jocular tone. Whether it’s Zelda or Tetris, you’ll get your fill of fandom.

The 8-bit look of the game has been popular amongst indie titles, be they sidescrollers like Bit.Trip Runner and Canabalt or top-down action games like Hotline Miami. FEZ pulls it off well without slipping into an uncanny valley or feeling like a 20 year old game.

The day and night cycle can be rather annoying, as the rich 8-bit landscape darkens for a few minutes before going through another day cycle. Though the sky can be gorgeous if you’re in an open area, a canopied level won’t have quite as much to show off.

The animals that romp in the environment are fantastically detailed and a pleasure to watch as you take in a new area. Even your unidentifiable species is varied, be it with a simple fez or monocle and top hat.

Shadows can feel out of place – especially when it’s meant to simulate a canopy overhead – and their smooth movement feels out of place in the 8-bit landscape. It’s a bit of nitpicking, but one of the few places where the style slips just a tad.

The music and atmospheric sounds fit perfectly with the visual design of the game. Moreover, the aural atmosphere shifts with the environment as well. A cavernous region features suitably understated music and echoing drops in the background.

But I can’t help but feel the sound is the least developed portion of the game. At times there is no music; other times the music feels bland enough to fade in with the almost unrecognisable sounds of animals around you. It doesn’t feel out of place, but for all the wow factor of shifting perspectives, the soundscape can feel a bit one dimensional.

Will you run out of lives or throw your keyboard across the room after failing at another puzzle? No. But don’t let the relative ease of the game stop you. FEZ is a beautifully detailed 8-bit world with a unique perspective on the traditional 2D platformer.

FEZ is currently available as part of Humble Indie Bundle 9 if you pay more than the average. It’s also available directly from developers Polytron via the Humble Store for $9.99 USD.

FEZ in the Humble Indie Bundle 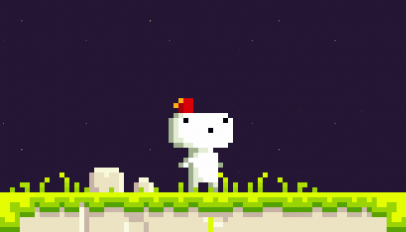 A 2D platformer with many dimensions, FEZ is beautiful, unique, and – most importantly – downright fun.

Home » Gaming » We Review Indie Game Fez on Linux – Is It Worth The Hype? 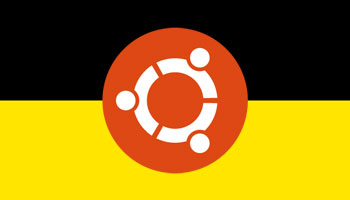