Has interest in Steam for Linux peaked? Judging by recent stats collected by the popular gaming service, a decline is evident.

May results for the Steam Hardware & Software Survey show a drop in the number of Linux users for the third consecutive month.

The percentage of Steam gamers using Linux has fallen from a peak of over 2.0% in February1 – the month directly following its stable release – to a smidge over 1.3% during May.

What could be accounting for this drop? Should we be worried? I don’t think so.

Despite some optimistic oratories early on that Linux would overtake OS X  in user numbers, what we’re seeing here isn’t so much of a drop as a settling.

The hype of the initial release inflated interest is now settling into a truer position.. interestingly, while the stats do not represent a direct representation of the 5 million active Steam users (the survey is optional) the Linux share is fluctuating around the same 1-2% mark that analysts insist is the market share of Linux on the desktop.

Another possible factor is that despite the increasing catalogue of games available on Steam for Linux many top-tier titles aren’t yet available. If someone has such games in their Steam Library they’ll have to boot into Windows to play them.

It’s also worth noting that Valve changed the way they present Linux results several months back. Linux distros with marginally small shares (Fedora, Magia, etc) are lumped together with older versions of OS X in an “other OS” category.

This change makes gleaning info on Linux’s share a bit little harder. But, thankfully, we can use the popularity of Ubuntu – the single largest Linux distribution represented on Steam – as a marker.

Ubuntu commands the majority share of all Linux installs. Ubuntu-based Linux Mint comes in second with around 0.2% of the entire 1.3% Linux figure – something worth bearing in mind the next time someone misquotes Distrowatch stats as evidence of user base.

Linux stat presentation aside, we can see that there’s a drop in the number of Ubuntu users on Steam.

Whatever the reasons may be, the small percentage hides the fact that this is still a huge number of users. To put the numbers into perspective Valve say there are 54 million active Steam users. Using the stats above that translates into around  650,000 Ubuntu users.

That’s 650,000 customers who are willing to front up cash to buy games for Linux – a number Valve will not hard to be too upset by. 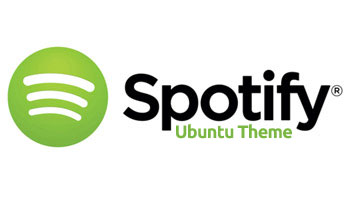 Music to My Eyes: An Ubuntu Skin for Spotify
Read Next