Does Linux really need yet another video player? Probably not. But is it cool to have yet another anyway? For sure!

To be fair to Snappy, an open-source Gstreamer-powered media player designed for the GNOME desktop, it has been chomping about for several years, albeit without gaining much in the way of attention.

But with its first release in almost two years, Snappy 0.3 suddenly has a lot more bite.

The app is no longer confined to being launched through a terminal; is no longer lacking a logo (see new icon to the right); and is no longer missing key media player features like subtitles support and media queuing,

It’s also been given some much needed visual polish. And I do mean much needed. Its Clutter-based UI may have been free from visual clutter, but it it was, shall we say, a little unripened…

Two years on from that 0.2 release, Snappy has matured. A lot.

The OSD (On Screen Display), has been refined, darkened, and sees flat monochromatic icons introduced; and a stack of new features have been added, including:

Getting this latest release, 0.3, is a little tricker. At present the only way to get it in Ubuntu is to build it from source. You’ll need to grab a stack of dependencies before attempting.

For the more patient amongst you, I would expect to see Snappy 0.3 added to one of the various GNOME 3 PPAs in the not-so-distant future. We’ll be sure to give you a heads-up when this happens.

In the meantime, feel free to share your own video player preferences, needs and annoyances in the comment space below… 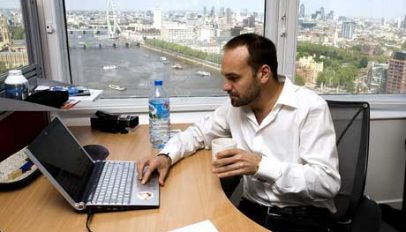