Alien Arena is an online first person shooter game that is based on the source code from the extremely popular Quake FPS game series.

The makers of Alien Arena have released it under the GPL license, which basically permits anyone to copy and distribute copies of  Alien Arena. The artwork used, however, is not GPL’d and cannot be altered or re-distributed freely. 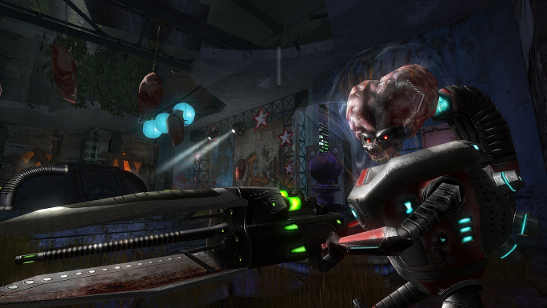 Personally, I’m not much of a gamer – I have been known to dabble in Call Of Duty for the Xbox which takes me back to my days in the Army but apart from that I don’t really bother. So I installed Alien Arena not really expecting much, but I have to say, the graphics are excellent – the developers have done a fantastic job on Alien Arena.

As I touched on above, Alien Arena is based on the source code from Quake, but ID Software have made a tonne of changes from the original which all go to make this a real modern classic. A full list of the changes that have been made can be found here. But some of the changes are as follows:

To further whet your appetites, here is quick preview of Alien Arena in action:

To download a copy of Alien Arena for Linux/Ubuntu just follow the link behind the button below: