A shiny new speed-dial is on offer for users upgrading to the latest stable release of Firefox.

The update, which bumps the browser up to version 13, also introduces a new look ‘start page’ populated with links to common Firefox options such as bookmarks and settings.

After Mozilla introduces the ‘rapid release schedule’ for Firefox –  which sees a new stable release of the browser made every 6 weeks – the changes in successive releases have seemed, in comparison to other browsers, sober.

A new look homepage sports quick launchers for common Firefox settings, such as downloads, bookmarks, and settings –  placed along the bottom of the screen for easy access: 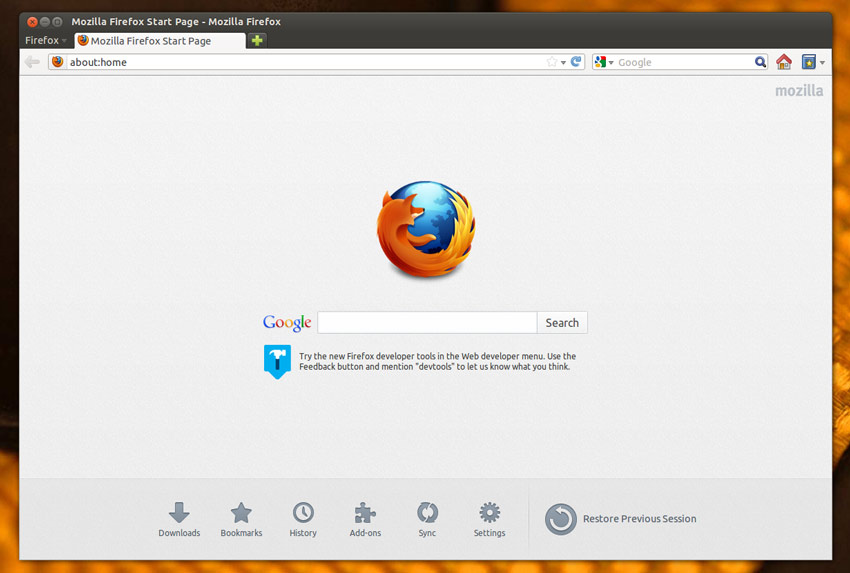 This auto-populates with thumbnail links to frequented sites, but can be tailored by pinning, removing and re-ordering entries. Also present is a new ‘tabs on demand’ feature.

When loading a previous session’s tabs, Firefox will not load each tabs contents in the background, but only when you ‘switched’ to it. This is aimed at speeding up browser performance for users of tab-heavy sessions.

Elsewhere there are bug, security and CSS3 fixes and the introduction of smooth scrolling by default.

If you’re using Ubuntu you don’t need to do anything special to get this release: it will be rolled out to you in the coming days via Update Manager.

But if you’re of the impatient sort then the release is waiting for be downloaded right now from mozilla.org/en-US/firefox/new/