Can you recall Neil Armstrong’s famous words as he set foot on the Moon?

If not then look them up because chances are they will be referenced a heck of a lot later this year when the following Minority Report-esque ‘Leap’ gesture-controlled interaction device goes on sale.

The $70 ‘Leap’, which isn’t much bigger than your average USB dongle, connects to an existing computer or laptop USB port of a laptop or PC to create an interactive three-dimensional space said to b ‘200 times more accurate’ than existing devices.

This 4-cubic feet squared field can be manipulated using fingers or other implements such as pencils.

In fact, so precise is The Leap that the company behind it claim that it can accurately register the sharpened tip of a pencil to 1/100 of a millimeter – making it perfect for pixel-perfect digital drawing, or signature signing.

Such precision opens up a world of potential for The Leap – far more than swiping and pinching your vacation photos or playing Angry Birds:

“It’s more accurate than a mouse, as reliable as a keyboard and more sensitive than a touchscreen.For the first time, you can control a computer in three dimensions with your natural hand and finger movements.” says Leap Motion’s CEO Michael Buckwald.

Should The Leap prove to be every bit as responsive in ‘the wild’ as it is in the video demo then, hyperbole or not, the device could find itself used as the dictionary definition of ‘game changer’.

I can’t help but salivate over the potential applications for ‘The Leap’ on Linux. Everything from gameplay and UI interaction, to accessibility could find use with the device.

But is Linux support likely?

In both their FAQ, and in response to questions on Twitter, the company have said that Linux support is ‘on the agenda‘

Developers interested in working with the device are invited to apply for a free SDK kit.

Non-developers don’t need to feel left out: a ‘limited quantity’ of devices are available to pre-order directly through the official website with a shipping date of ‘this winter’. 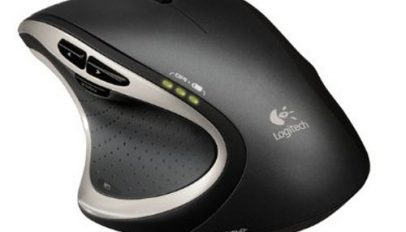