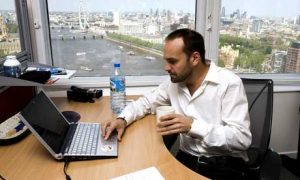 He’s the founder of Ubuntu and its parent company Canonical, and serves as the creative force behind not only the Unity desktop but its expansion to new form factors.

But every six months Mark Shuttleworth sets aside 1 hour to answer questions from the community.

And today was the first chance many have had to ask Mark questions about upcoming changes, plans and more following the release of Ubuntu 12.04 LTS. The most interesting questions asked during the session are pasted below (with some some tidying up by me for a more pleasurable reading experience.)

The full – and unedited – log for the talk can be found online @ irclogs.ubuntu.com.

2/3 is pretty close, for the desktop, yes. Of course, it’s a moving target.

We’ve wanted to do a new icon theme for years! It’s not hard to start drawing… But yet another icon theme, without a proper analysis of the framework that we use icons in would not make the world much better so we’ve pulled together some experts, both artists and interface gurus to look at the use of icons across the desktop.

Where is the Dash search going? Will the Dash find exif, ID3 tags in the future?

Dash wants to read your mind, as does the HUD.

So the answer is “whatever fits your brain best”, and these will be fun conversations at UDS next week

I don’t have a fixed, detailed, secret roadmap for that [but] the framework enables you to plug in any sort of result set you like so, it’s something to invite collaboration and inspire innovation lenses and scopes are a lot of fun to work with.

Are there any plans to create a consistent Unity experience? Right now we have too many toolkits, visual styles, etc. in Ubuntu

Patches welcome! We like the dual-layer approach, with overlays in one style, and apps in another if there are inconsistencies.

Please file design bugs for consideration and if we agree, patches welcome.

Why is “GNOME Shell” or “Gnome Classic” not the standard install for Ubuntu 12.04?

Based on user testing, Unity provides a much better desktop shell experience for our users. Individuals can get whatever they want from the archives but we have always made tough choices about what works smoothest, best, [etc].

We *always* get criticised for that. we get criticized for using Firefox not Epiphany, or Rhythmbox not banshee, or… you name it, but the fact that we make those tough decisions, with the criterion being “what works best out of the box for users”, is part of what makes Ubuntu important in the open source ecosystem. That’s how we’ve made open source useful for millions of other people.

If you are a super-technologist then there is value in learning all about linux from every angle.

It’s not very useful to turn the differences into religious debate. Our focus in Ubuntu has ALWAYS been to (a) deliver a tight, clean package of goodness in the default install, and (b) to have an open archive with good governance where different communities could collaborate.

I think we have done that very well, we have an amazing community and governance and Canonical is very proud to support and enable that.

If you want a change, you need to justify it on user experience grounds, not ideological ones

How do you believe GNOME and Ubuntu path’s will cross? Or will they diverge?

I think it’s convenient for Ubuntu’s competitors to talk about a split between Ubuntu and GNOME but I know lots of GNOME developers who don’t see things that way at all. They write apps because they want them to be used, and Ubuntu is an amazing conduit for their work to millions of users.

We felt blocked by Red Hat on specific parts they control but we collaborate very well with lots of other GNOME developers and lots of developers take care to make sure their stuff delivers an excellent experience everywhere – it’s not hard.

I don’t think it’s worth amplifying the idea that there’s a big split. I’m very happy to help GNOME developers reach a huge audience. I’m not here to play political games or score points; this is not academic, this is about people and helping them benefit from free software so, choose which meme you want to spread: the world is a divided place, or the world is a place where you can get things done if you are open to collaboration.

The stories people tell, have more to say about those people, than about the people they are talking about.

What is the status of Wayland? Do you think that the next LTS in 2014 will use Wayland?

I think wayland will be exactly 2 years more mature for the next LTS. I think X apps will be supported well beyond that. And we’ll make the pieces fit together smoothly along the way.

Exactly where that line will fall I can’t say.

How can we get accessibility designed in to the stuff Canonical produces from the start rather than tacked on afterwards?

By joining the design process. For a start, much of that comes from choice of tools and there isn’t always an answer that checks every single box but i don’t believe we’ve ever blocked work on that regard – it’s one of the things we value.

Will Canonical take on the role of supporting and maintaining Flash for Firefox now Adobe no longer do?

How can Canonical and the Ubuntu community best foster professional, best-in-class applications on Ubuntu?

We could start by creating a way for developers to deliver their apps to users smoothly – like [the Ubuntu] Software Center. Check.

Then we could start documenting the tools and processes that support developers – like developer.ubuntu.com. Check.

And we could also develop a vision for personal computing beyond the desktop – like Unity. Check.

So, i think we’re doing pretty well. i know more developers target ubuntu because of the work that has been done.

What happened to the sound theme which was supposed to land in Ubuntu 12.04?

It wasn’t perfect yet.

How long does it take you to come up with a code-name for Ubuntu releases? What is your inspiration?

It takes AGES. I end up reading the dictionary. P was excruciating – but I hope you like the result.

Will there be an option to download Language-specific versions of Ubuntu from the official site?

That’s a very good idea, and i’d like to see something like that, but i don’t have a specific plan in motion to achieve that. 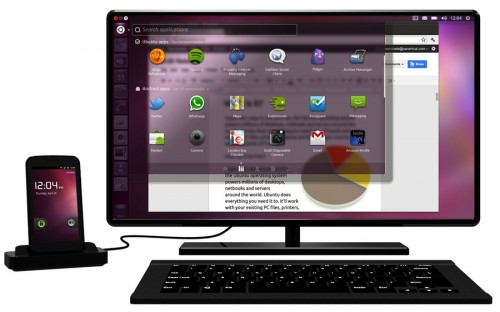 Any news from Ubuntu TV and Ubuntu for Android ? will we see a device with them soon ?

Has Canonical spoken to Netflix about bringing the service to Ubuntu TV?

Netflix is EVERYWHERE so i think it would be a natural conversation to have, but i’m not aware of the status one way or another, and besides, today is not the day for announcements.

12.04 will ship on PC’s / laptops from all the major brands, in different parts of the world – so yes.

What do you think about Windows 8? Have you tried it? Do you think that it is a big chance for Ubuntu?

I admire some of the gutsy choices microsoft are making. It’s difficult for them, and they are doing some things very well – credit where [is] due.

We are not here because we hate anybody else. We’re here because we have a vision of a future only we can create. Nobody else is trying to create that – not Microsoft(!), not Google, not Red Hat, not Debian, not Arch – so, it’s up to us to build that future: free, supportable, beautiful and your help is much appreciated. 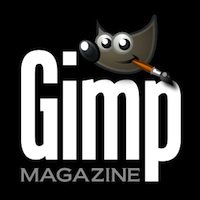