Theming support has landed in the the latest release of our new favourite task/to-do manager Nitro.

Eight themes are included in all, with skins for Ubuntu’s Ambiance and Radiance themes likely to be of particular interest to Ubuntu users. 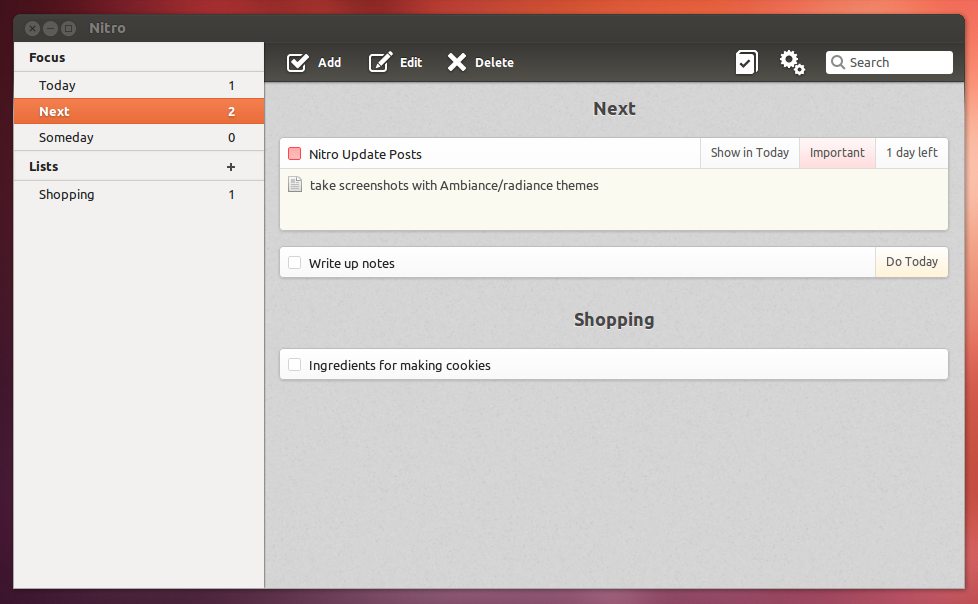 Also cropping up is a ‘clone’ of the Wunderlist interface and – with its tongue placed firmly in its cheek – a pink-tinged Justin Bieber skin for Beliebers out there. 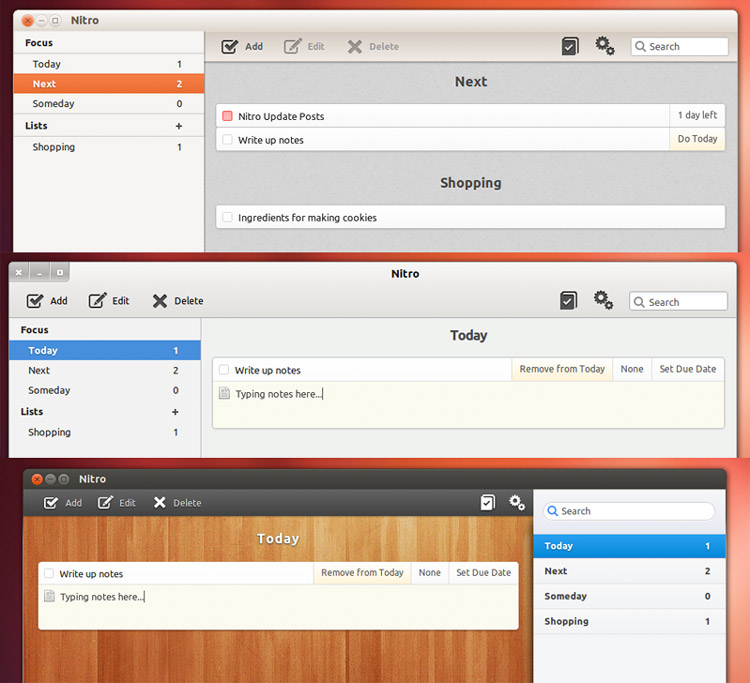 We’ve coverd NitroTask in greater detail before, but to recap its feature set:

Sync support is still missing, but probably not for long: the lead developer of Nitro has said that ‘Ubuntu one’ integration is looking ‘very likely’.

All of the relevant information on installing/downloading Nitro can be found @ nitrotasks.com