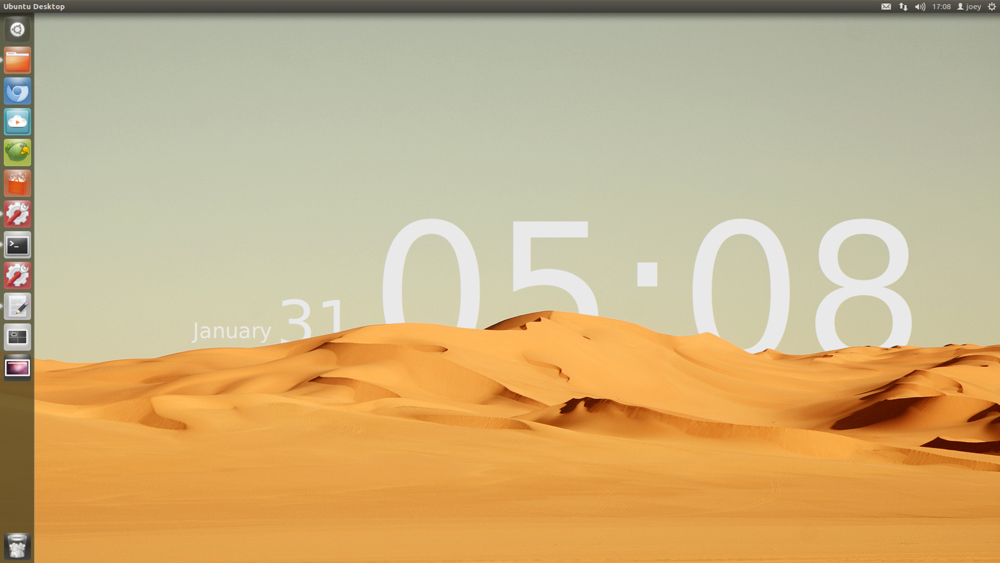 Popular ‘tips & tricks’ site Lifehacker regularly feature readers’ custom desktops along with a ‘How To’ on creating the same look on your own desktop.

Annoyingly for Linux users the majority of desktops featured by Lifehacker tend to be OS X or Windows based.

One set-up that always impressed me was ‘Sands of Time’ by Ian Michael Smith – a Mac set-up using GeekTool to partially obscure a clock with sand dunes. It sounds simple – and it is – but the result looks stunning.

And the good news for Linux users is that Deviant Artist ~Flamer-Shaftglutton has recreated it using the lightweight system monitor Conky.

Sands of Time Desktop for Linux

I won’t lie to you: getting this Conky set-up running will require some cunning; you will certainly need to tweak the Conky configuration to suit your screen-size and, if needed, make your own ‘overlay’ from the Sands of Time wallpaper. (GIMP’s magic selection wand and crop tool will be of help).

You’ll need to install Conky (available in the Ubuntu Software Center) before beginning. Everything else you need to get started can be found on the DeviantArt page linked below.