If you’re easily excited you might want to sit down.

The latest version of Ubuntu’s Unity Interface – version 5.0 – has landed in Ubuntu 12.04 – and it comes with a number of nifty new features.

Unity 5.0 feels far more responsive than previous iterations; opening windows, transitions etc all seem ‘snappy’. This makes sense; Unity developer Didier Roche says that one of the goals of Unity 5.0 is to ‘increase quality, precision’. I would agree that they’ve done that and more: Unity 5.0 feels very fluid in use.

Visual fixes have also been applied to the Dash resulting in a more consistent overall look.

Elsewhere, the ‘Ubuntu Button’ (AKA ‘bfb’) now has a quicklist for jumping to Lenses: – 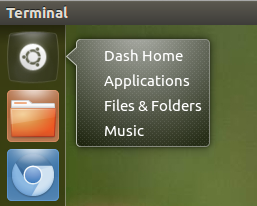 Quicklists now display the application name in bold, and the ‘Keep/Remove to launcher’ phrasing has been changed to ‘lock/unlock to launcher‘: – 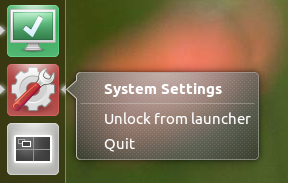 When launching an application the Ubuntu App Menu displays for several seconds before fading away. This, it’s hoped, will help those users who previously had trouble finding the ‘hidden’ menus. The duration of the fade in/out can be configured from the CompizConfig Settings Manager application.

CCSM also lets you add a ‘Show Desktop’ button to the Launcher. Clicking this minimizes all applications. 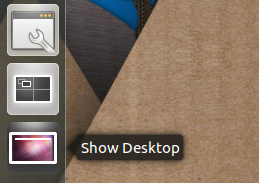 With the desktop in focus the Top Bar now displays ‘Ubuntu Desktop’.

Dragging a running application to the trash quits it (and also unlocks the app from the launcher if applicable).

If you’re fed up with the Unity Dash and Launcher picking its colour from your desktop wallpaper you can override it via the CCSM and set your own colour preference. 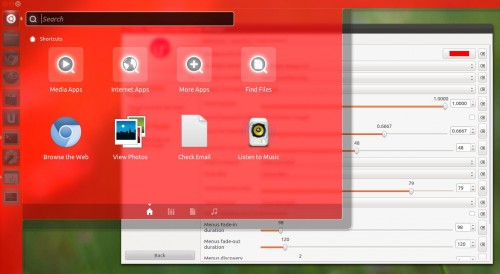 On Precise? You can help test Unity 5.0 by adding the Unity Team PPA.

After upgrading to Unity 5.0 you will find a ‘Unity Testing Tool’ on your Launcher. If have 30 mins to spare you should run this to help provide feedback on Unity to the developers.