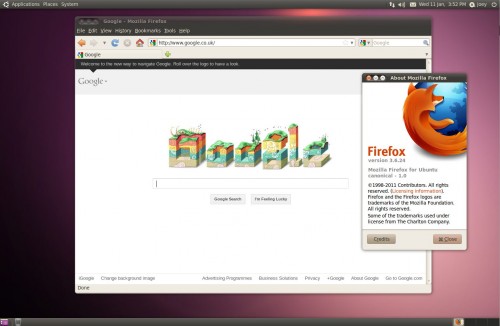 From February 17th Ubuntu 10.04 and 10.10 users will be automatically upgraded to the latest release of Firefox.

The move comes as a result of Ubuntu’s decision to follow Mozilla’s ‘rapid release’ cycle for Firefox.

Currently Ubuntu pushes updates users of Ubuntu 10.04 and 10.10 with ‘point’ releases for Firefox 3.6. These updates contain important security and bug fixes but do not add any additional features.

In the fast-moving world of the web where newer technologies are adopted all the time it’s vital that users are capable of getting the fullest experience possible.

As part of the decision the Ubuntu repositories will ‘track’ Mozilla’s Rapid Release Cycle going forward. This will push a Firefox update out to users of Ubuntu 10.04 and 10.10 every six weeks.

Firefox 3.6, the default browser of Ubuntu 10.04 LTS, reaches ‘end of life’ status in April this year.