Is Paint.NET inspired graphics application Pinta dead? According to its only developer it is.

Pinta billed itself as a ‘simple yet powerful way to draw and manipulate images on Linux’; the perfect stepping stone between applications of lesser ability, such as XPaint, and those more advanced such as ‘The Gimp’. 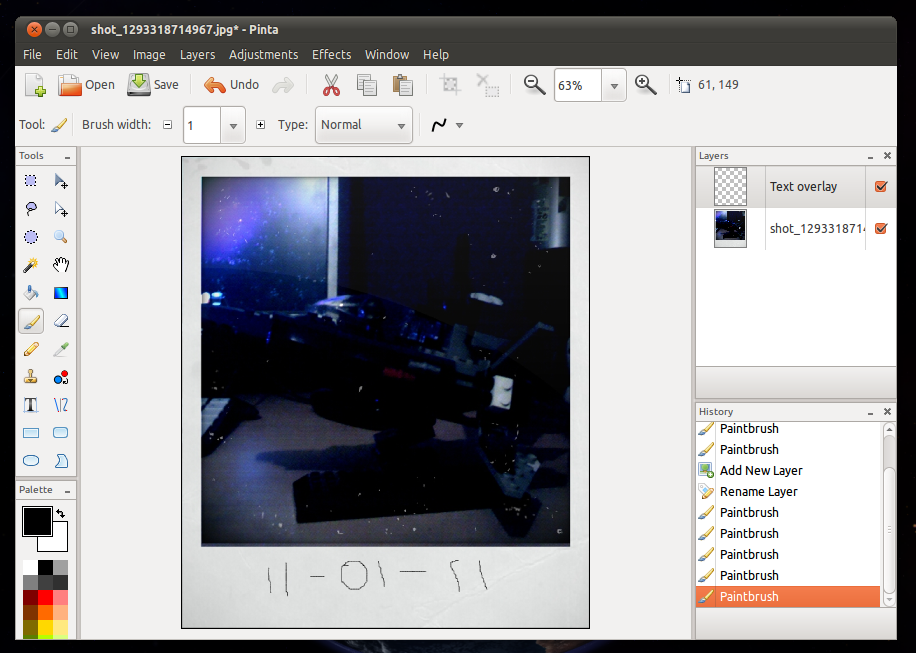 Whilst it was crashy – very crashy – the feature set it sought to bring to users, along with its nippy development speed and light resource usage meant it was a popular choice for novice and demanding users alike. Informal suggestions at the bi-annual Ubuntu Developer Summit once discussed the possibility of shipping Pinta as a default application. This ultimately never came to anything.

Pinta’s last release, version 1.0, slipped out in April of this year and brought with it only minor bug fixes.

In a posting to the “google group” listing for the Pinta project the applications sole developer, Jonathan Pobst, confirmed that work on the project has ceased: –

“[Pinta] is dead because I have no desire to work on it, and I was the only one working on it.”

It’s always a shame when any application ceases development, but doubly so when that application is as well regarded and widely used as Pinta. Thankfully, as an open source project, this doesn’t have to be the end of the road for Pinta – it’s free to be picked up and worked on by anyone with the motivation and know-how to do so.

Tetris Meets Physics In This Crazy New Version
Read Next