So you’re in the market for a new computer, preferably a netbook or ultra-thin portable, but you want a device with Ubuntu pre-installed.

You might think this sounds a tall order at first, followed by an expensive one second, but there is more choice than you’d first think.

In the list below are five of the more reasonably priced netbooks or portable laptops that don’t cost the earth, but do come with Ubuntu…

‘MeeNee’ might not be a brand name you’ve heard of before but their Ubuntu-powered laptops are not to be dismissed out of hand.

The ‘MeeNee 13.1″ Pro’ is a fine case in point. Although the device is styled shamelessly after Apple’s MacBook line, it comes with Ubuntu pre-installed in an, admittedly, attractive chassis at an equally attractive price.

The MeeNee sells in the UK for a thoroughly tempting £250. 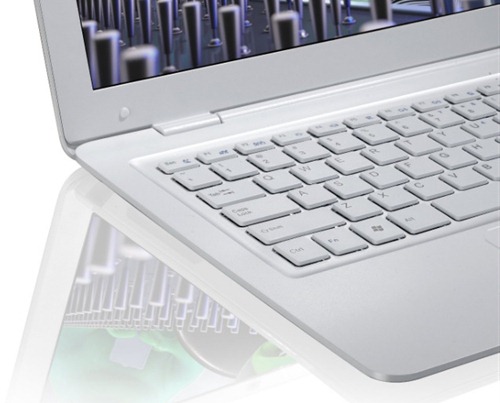 So why is it so cheap? Despite the name and stylish exterior the innards of the MeeNee are standard netbook fare: –

The MeeNee also includes a 0.3MP webcam, built-in Bluetooth, built in microphone and card reader. Ports offered on the side consist of a VGA-to-HDMI port, headphones out and microphone-in.

It’s worth noting that the MeeNee 13.'” Pro is also available, at the same price and with the same specs, with Windows 7 Home Premium installed.

Australian computer manufacturer Kogan’s Ubuntu-powered 12″ ‘ultra portable’ ‘Agora Pro’ may be cheap but the distinctive curving of its casing adds identity to what could have been an identi-kit device. 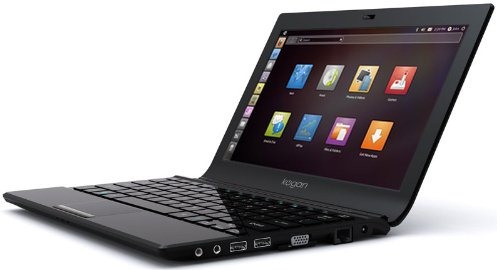 And it’s true to say that this statement applies to the innards that power the Agora Pro, too. Shunning the typical netbook-orientated Intel Atom processor, the Agora Pro makes use of an aged, but capable, Intel Pentium SU2700 CULV processor clocked at 1.3Ghz.

Before you think this is a downside it’s worth noting that the SU2700 CULV processor out performs single-core Intel Atom processors by a clear magin!

The rest of the base specs are: –

Other features include Bluetooth, WiFi b/g/n, a 1.3MP webcam, card reader, HMDI out and the usual smattering of USB ports and headphone jacks.

System76 should need no introduction to most: their Ubuntu PCs and laptops are well spec’d, good looking and designed to work well with Ubuntu.

Whilst generally considered to be a ‘premium’ brand by some, their Starling Netbook is as affordable as it is stylish. 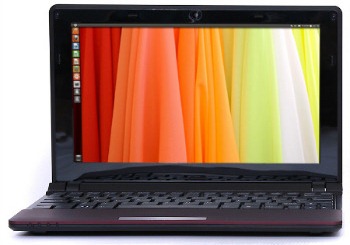 Although it’s configurable, the base models starts $385 and comes with the following spec-set: –

A 6 Cell battery is available for an extra $59 which, System76 tell us, offers up 6 hours of battery life.

Rounding out the specification is the usual set of features: 802.11 b/g/n WiFi, a 0.3 MP webcam, VGA port, 3 USB ports, headphone and microphone jacks and the all-important SD card reader.

ZaReason, like System76 above, are an established name in the world of Linux PCs and laptops.

Their popular “Teo Pro Netbook” is particularly striking, making for a fantastic first impression with its brushed aliminium lid.

Despite the shiny exterior the interior of the Teo Pro is less blingy. It boasts a single-core Intel Atom at 1.6Ghz, a solitary 1GB of RAM and a 320GB HDD spinning at only 5400RPM.

These trade-offs do, however, bear fruit. The Teo Pro comes with a 6 cell battery packing in a claimed 8 hours of life.

The ‘Lemur Ultra-thin’ is, arguably, the jewel in System76’s hardware line up. And not just because it’s beautiful. 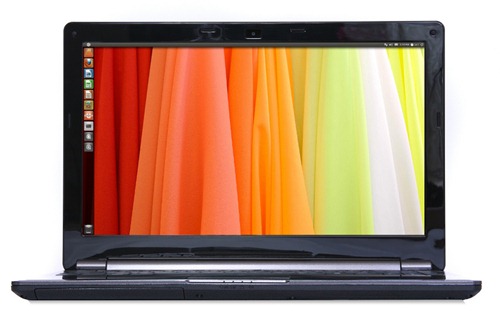 The dual-core i3-33oUM processor makes the Lemur the fastest device on this list – perfect for those looking for the perfect balance between lightweight and more-than-capable.

The Lemur is capable of outputting Full HD/1080p playback through its HDMI port, although with the default 3 Cell battery only lasting around 2 hours you’ll want to be near an electrical socket!

Not after a laptop? Stay tuned for our list of five great PCs preinstalled with Ubuntu, coming later this week.

[How to] Enable DVD Playback in Ubuntu 11.04
Read Next