For one hour in the week following the release of the latest Ubuntu, Mark Shuttleworth, the ‘founder’ of Ubuntu,  holds a question and answer session as part of ‘Ubuntu Open Week’.

Below follows highlights from that session. Read on to find out what changes are coming to Unity next release, what happened to the much-heralded ‘Windicators’ and whether Mark prefers the iPhone or Android… 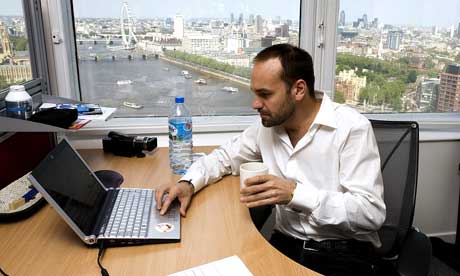 “Why did you decide to make [Unity] less customisable”

We also know that the best people to discuss options with are often in a good position to implement them. It’s cheap for someone to show up and demand an option, but often they don’t stick around for the prototyping, evaluation, discussion, implementation, maintenance and we have to stick around.

As a general meme in design, options are much more expensive than people realise. Each option divides the userbase into people who perhaps cannot talk to each other on the phone to help each other through an experience because they see and do different things.

As a developer, you have a LOT of options, some of which involve gconf or dconf or ccsm or patching the code. As an end-user, you are dependent on developers decisions so, we prioritise the needs of the people for whom we can make the biggest difference.

I respect there are other approaches but I think it’s also reasonable to expect respect for the position we take.

We certainly have a good and growing community that appreciates those positions. We’ll work with them to make Unity even better not always by adding options, but by testing and deciding what works best. It’s also a fallacy that “clever developers need options” – they need robust, usable software just like everyone else so Unity is as much for developers as end-users.

“Are you satisfied with Unity in the recent Ubuntu version ?”

Yes, though i recognise there are issues, and I would not be satisfied unless we fixed many of them in 11.10.

In the end, when we reviewed bug lists, stability and experience, Unity was the best option for the average user upgrading or installing. There are LOTS of people for whom it isn’t the best, but we had to choose a default position. I think we walked that line admirably.  I appreciated the open discussion that was had, and it made me more confident in the final position; that decision is best taken by the desktop team, and they were arguing in favour of unity, and they had my support for that.

Have there been any Unity design decisions that you think will be revisited now that users have had a chance to use it and respond?

Yes. There’s lots to learn, that can only be learned in reasonable time by getting code into a wide deployment. Some decisions I regret and we’ll evaluate alternatives, some we’ll tweak.

It’s by no means perfect, and it would be egotistical to suggest otherwise. So everything is on the cards. That said, I think the bulk of it has worked out fantastically – both at an engineering level (Compiz, Nux) and in the user experience.

We’ll work out the details in round two.

With the benefit of hindsight, if you could change one thing about Ubuntu since its inception, what would it be?

Of course, we can change anything, so this is not a meaningless question. I think I would have been clearer about the need for us to have the capacity to implement change. I think if we’d done that from the start, something would be easier. People would have made fewer accusations about “no contributing”, because those who only measure that kind of contribution would have been able to see them from the start.

On the other hand, we would have established our willingness and ability to lead as well as follow at the start, which would feel like less of a change now. And perhaps folk would have been more willing to be collaborative, if that capacity had started before Ubuntu became such a substantial player.

I fear that, today, many of these conversations are hugely influenced by competitive dynamics, probably both ways. Nevertheless, here we are.

If I’d known it would come together so well, we could have planned to get it into 11.04. Kudos to the folk who lead it, and the community that’s growing up around Unity.

How difficult will it be to get overlay scrollbars in 100% of the applications?

This depends on two things: broadening the overlay-scrollbar API, and hooking it into more toolkits. We’re seeing progress on both fronts.

Part of the rationale for pressing GO in 11.04 was to make the gaps obvious to the audience of developers who can help close them.

I think it is needed to fill out the vision, but it’s also not critical for *right now* so it’s always just fallen off the list for the core team. 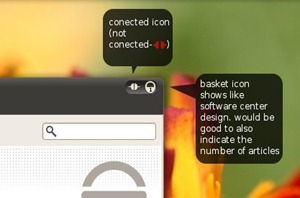 Now we have a growing team of contributors to Unity, perhaps this will get taken on. It should be really straightforward.

How does Ubuntu plan to take advantage of the new offerings of GNOME3?

I’m looking forward to having all of GNOME3 in Ubuntu and I think we’ll achieve that in [Ubuntu 11.10] Oneiric.

Are there any plans for more mainstream Ubuntu preinstalls from big name vendors?

So yes, there are plans, and credible expectations.

It’s a very good discipline, so no

Will there be mainstream advertising, such as commercials, billboards, etc.  in Ubuntu’s future?

Possibly, though it’s not likely to be the most effective way to reach consumers for us, for a long time. “Do u prefer iPhone or android?”

Is Ubuntu profitable yet? If not, any ideas on when it will be?

No, and while we have projections which are grounds for confidence, there are also reasons to continue to push the investment faster than it would grow organically.