With the advent of an entirely new desktop shell for Ubuntu 11.04 one could be forgiven for thinking that Ubuntu Tweak – the popular third-party interface and settings tweaking app – might be rendered obsolete.

The truth is anything but. 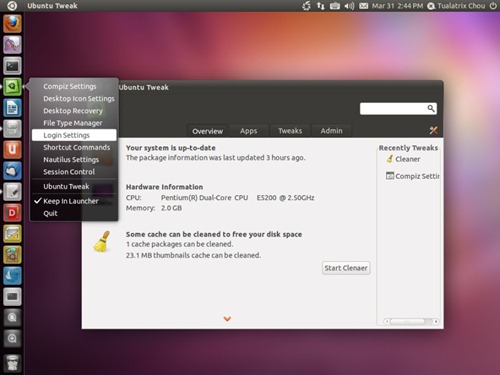 The new version of Ubuntu Tweak, pictured above, has had a dramatic visual overhaul, feature rejig and due attention to Ubuntu 11.04 Unity integration.

When can I get it?

A beta release of version 0.6 is expected within “one or two weeks” according to the developer – so not long!

Soeren Rabenstein Aha! I wonder if the honorable league of leading Gnome…
The Ultimate Adwaita Theme For Mozilla Firefox

kim yall dawson I have 6,826 deb packages installed and it's only 50Gig.…
Ubuntu Makes Firefox Snap the Default