Google are known to be a cheeky company. A cheeky company that also happens to have many employees that use Ubuntu and are looking forward to Ubuntu 11.04 (codenamed Natty Narwhal) when it’s released at the end of this month.

Google and Canonical also have a very strong relationship, with two Ubuntu Developer Summits being held at Mountain View, and Chrome OS built using Ubuntu as a foundation.

That aside, we were still pretty surprised to see that the Google Earth team have actually added a giant Narwhal swimming in the Thames outside Canonical’s office in the Millbank Tower for a little Ubuntu-related April Fools trickery. 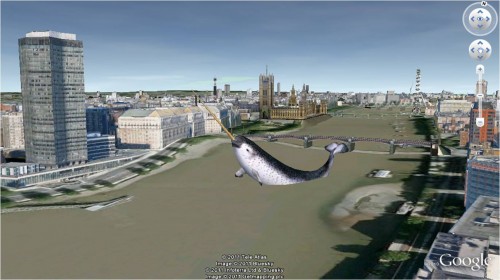 Looks like the Narwhal is only visible if you check it out on April 1st, ie, April Fools Day, and you’ll need to have 3D buildings enabled as well.

Thanks to Freddi via Tip Form