Tomahawk is a new face in the menagerie of media players available for Linux.

The application is written in Qt and available for all major platforms – although Ubuntu users will need to compile it from source. 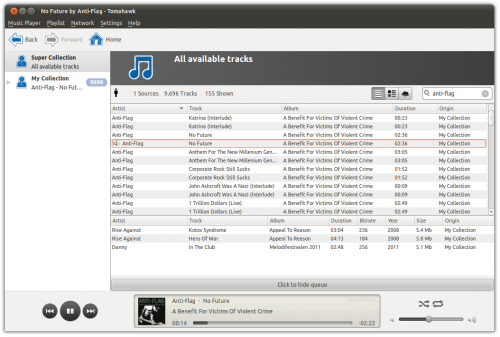 Does it differentiate itself?

Whilst it has a different interface to most – although the player-controls positioned at the bottom are reminiscent of Songbird – it is the unique take on media management that makes the application notable amongst its peers.

Tomahawk sells itself as being able to find and play anything you want – whether it’s on your hard-drive, your mates server or somewhere else entirely.It is able to play tracks form multiple sources: computer, network, other Tomahawk users and 3rd party services, via the use of ‘resolvers’ – small add-in scripts for finding content on YouTube, Skreemr, etc – and the Playdar ‘music content resolver service’.

“Playdar is designed to solve one problem: given the name of a track, find me a way to listen to it right now.”

Annoyingly I couldn’t get Playdar working in Ubuntu 10.10 so much of my take on the application has been hampered by this. It doesn’t help that Playdar don’t provide a Linux package for easy installation.

Tomahawk is also able to create so-called “genius” playlists thanks the The Echo Nest service.

Whack in an artist name; genre; tempo; key; adjective – whatever – and the Echo Nest powered playlist will throw back results. 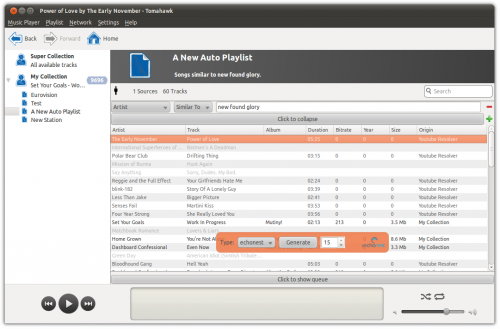 In the example above I created a new playlist using Echonest specifying artists related to New Found Glory. It came back with a number of suggestions, as can be seen in the screenshot above. Some were already on my hard-drive but it also returned entries from YouTube thanks to the YouTube resolver I had also installed.

The tracks that are ‘greyed out’ weren’t available. Had I managed to get Playdar working on Linux everything you see above would’ve likely been playable. 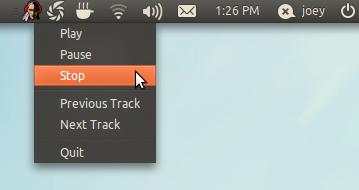 How to install Tomahawk on Ubuntu 10.10

In the mean time you need to manually compile the application inorder to get it up and running. Sound scary? Lemme hold your hand…

Note that the following guide is for Ubuntu 10.10 and higher.

First install the required dependencies via the Terminal or by manually hunting them out via Synaptic: –

Finally we can compile and install the application itself.

And the final command to ‘run’ Tomahawk: –

If you try the application out be sure to share your thoughts on it in the comments below.

We’ll be sure to update you as soon pre-packaged Ubuntu installers are ready s0 chuck us in your Feed readers or follow us on Twitter or Facebook.