This is the first guest post from Jorge O. Castro, External Developer Relations Liaison, who will be posting Unity updates over the coming weeks

Welcome to the Unity bitesize extravaganza. First off, if you’re interested in past progress reports I have them on my blog. However the folks at OMG! Ubuntu! decided that it might be “ace” for me to just tell you guys directly, so here we go.

First off, why are we doing this? Well as it turns out, while we have many awesome people working on Unity, things come together much better when we come together as a community. For a bit of background information on this, check out Jono’s post from yesterday. At its very core Ubuntu is a sum of all of our efforts, so we’ve been taking the time to identify places where you can put your brick in the wall. So the Unity development team been finding cool bugs that are a good place to get started so you can dip your toes in. We call these Bitesize Bugs.

This week the team welcomes Ruben Verweij, who sends along: “﻿﻿﻿I’m an 18 year old physics/astronomy under-graduate from Holland who likes programming and making web sites. I have been using Ubuntu as my only OS since 2007… 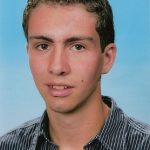 … This is actually the first bug I fixed in anything, because Unity’s very comprehensible and Launchpad just rocks for managing code branches and merges!”

And Marco Trevisan has made window titles fade when they run into your indicators instead of just chopping off, a small but classy improvement:

As you can see these kind of bugs are neither papercuts nor huge gaping chunks of functionality. They’re digestible tidbits that any one with knowledge of C++ can contribute to.