This is the first article to kick off our new Debian column here on OMG! Ubuntu!

Ever since the release of Debian 6.0 “Squeeze”, there’s an ongoing debate about whether Debian is still relevant or whether the project is going to die.

It all started with Steven J. Vaughan-Nichols (and the discussion continued here and here). It’s not the first time I see sensationalism from his part and I can’t really blame him for that… however I want to react to his article.

After some bashing concerning the exclusion of non-free firmwares (and some praise of the new BSD variants), he concludes:

Ubuntu […] is now the ground-breaking Linux distribution that Debian once was.

He goes on with “At the same time, Ubuntu is continuing to expand the Linux audience, while Debian continues to be a system that only hard-core Debian Linux fans will use“.

While it’s true that many innovations find their root in Ubuntu, it’s not always the case. There is a lot of stuff happening in Debian, and Ubuntu is glad that this is the case. One must not forget what Mark Shuttleworth once said:

Debian is the rock upon which Ubuntu is built. 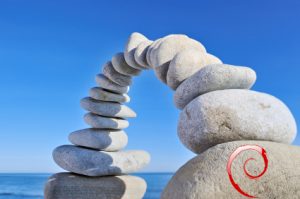 Yes, Ubuntu benefits from Debian and Debian benefits from Ubuntu. Ubuntu would not exist without Debian (74% of the Ubuntu packages come straight from Debian)… thus if Ubuntu is relevant, then Debian can only be relevant!

Now is Debian only intended for hard-core Linux fans? Definitely not!

It’s true that the firmware change will create problems for some, but users are not really left out in the cold. They are warned during upgrade or during the installation process. Furthermore it’s not very difficult to find an installation media that includes non-free firmwares, Debian is even providing one (it’s labeled unofficial to avoid any confusion).

Myself I have seen many Ubuntu users and contributors switch to Debian when they become more experienced with Linux. As long as the relationship between Debian and Ubuntu works, this is a benefit for everybody since any improvement to Debian means an improvement for Ubuntu (and for the dozens of other Debian derivatives!).

It’s also in this spirit that OMG! Ubuntu! Editor Benjamin approached the Debian Project for a “Debian column” on OMG! Ubuntu. The project was very welcoming and myself and another Debian contributor have been accepted as authors, so expect more articles from me in the future.

About the author: Raphaël Hertzog is a Debian developer, he works on the package manager (dpkg) and teaches Debian/Ubuntu technologies on his blog apt-get install debian-wizard.

eric cartman Yeah, on a rocket computer maybe. For me, firefox as…
Blender 3.0 is Out – And It'll Blow Your Socks Off

Tuxee About two seconds. Maybe three. Seriously.
Blender 3.0 is Out – And It'll Blow Your Socks Off

OstroLk Its what GIMP can do is what matters. The not-that-much-changing…
Blender 3.0 is Out – And It'll Blow Your Socks Off

quadradoverde Imagine GIMP having an UI as good as that
Blender 3.0 is Out – And It'll Blow Your Socks Off

Fred The development pace of Blender is phenomenal! It is unbelievable…
Blender 3.0 is Out – And It'll Blow Your Socks Off