Transparent Qt music player ‘MusicMe’ has been forced to change its name.

The change, the result of a trademark dispute with a European company, led to the  the developers turning their ears towards the linguistic worlds of Tolkien for some inspiration.

And thus the new name, ‘Linnya’, was chosen

Despite ‘Linnya’ meaning, well, who-knows-what I have to say it is nevertheless a vast improvement on ‘MusicMe, a name that always sounded more like a bad euro-pop cable channel than an elegant music player.

Fans and followers should update any bookmarks to code.google.com/p/linnya 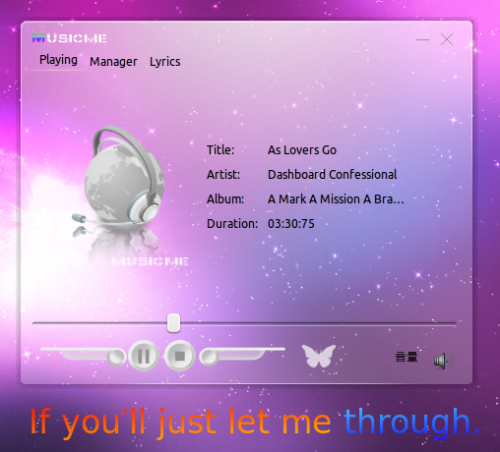