I’m currently sitting in a very interesting and unique talk about the University of New South Wales and their Computer Science RoboCup team. 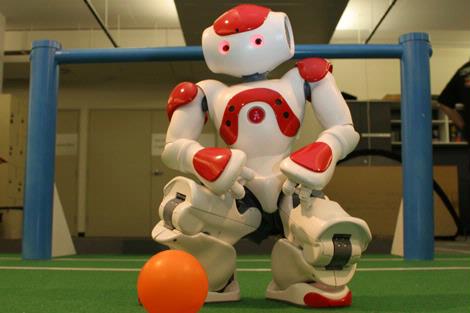 Robocup, which you may have heard of, is an international competition where teams build and program fully autonomous robots to play a game of soccer.

The aim is to develop autonomous soccer robots with the intention of promoting research and education in the field of artificial intelligence.

Most of the robots competing in the soccer cup (which are usually originally built for entertainment purposes and then retrofitted and reprogrammed) run some variant of Linux with an on-board computer and a variety of sensors.

RoboCup itself has a multitude of different events, including ones related to emergency support and household robots. Soccer is just one area where teams can compete. 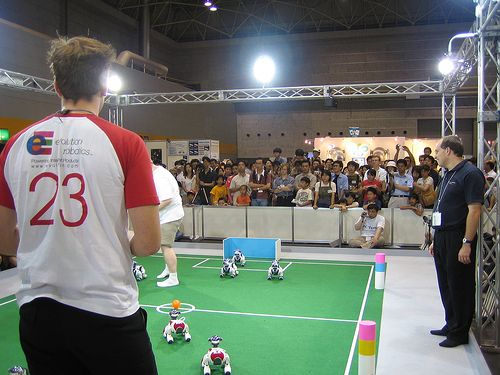 rUNSWift is the team that’s presenting from the University of New South Wales.

Their latest robots have the following specifications: 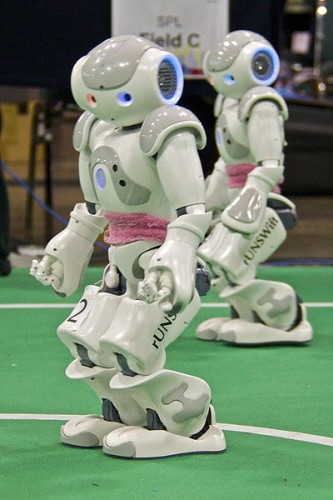 Challenges of the robots

Basic software that comes with the robot

The above is just the default software that ships with the Nao robot from the manufacturer.

The team has created a lot of their own software for their Robots, including many of the “intelligence” parts of the Nao which is written predominantly in Python.

Using python has really aided our ability to do rapid changes [to the robot].

A video of their Singapore 2010 competition is embedded below, and you can view more videos of their games on their YouTube channel.

Once the A/V of the talks at Linux.conf.au 2011 are available, I’ll make sure I publish links for those interested in viewing the actual presentations.

The team also makes their source code and development work available on Github.