The posting of one users Narwhal-shaped Ubuntu 11.04 countdown widget for Android led to something rarely seen in the comments section here at OMG!: readers in a uniform opinion.

“It’s butt ugly.” said one reader, “At least anti-aliase the borders of the graphic” decried one. “I’ve seen things drawn in crayon with …more polish” constructively criticised another. :P

Readers worked up by the lack of elegance in that Narwhal widget design may be sated by this infinitely more elegant one…. 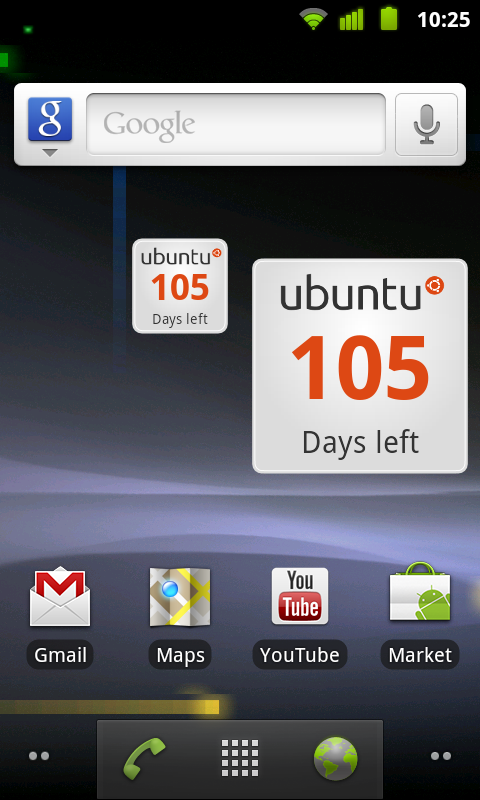 The developers behind the widget are ironing out last minute issues before announcing a release.

As soon as they say we can say go we’ll let you know.