It’s hard to keep up with the slew of identikit Ubuntu tablets slipping out on to the Chinese market, but at least this one has some new information for us to digest.. 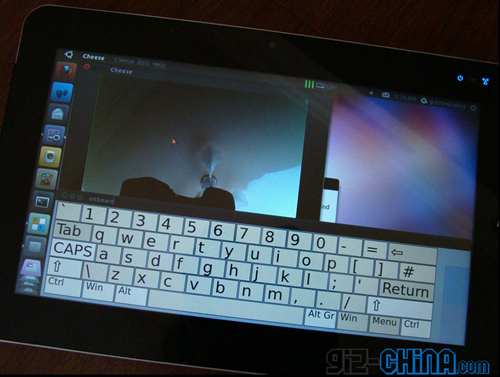 The ‘TENQ P07’ – which we first covered in December of last year – is powered by the now perfunctory 1.66 GHz Intel Atom CPU, comes with a minimum of 1 GB of RAM and a 16GB SSD is used for file storage.

A 10″ capacitive screen, 1.3MP webcam and the usual smattering of Bluetooth, Wi-Fi, headphone and USB ports round out the feature set.

The device also sports “gravity sensors” according to GizChina, with whom the hands-on video below is from. I’m not sure if they mean ‘accelerometer’ or ‘gyroscope’ or whether, indeed, it is a sensor for measuring gravity. Either way it doesn’t yet work in Ubuntu. ;).

Pricing to start from $400 for the 16GB SSD model. Release date and market availability yet to be announced.

Our exclusive interview with Linus Torvalds
Read Next