Deditor – the lightweight Python-specific text-editor for Ubuntu – has added some super new features in its latest release. 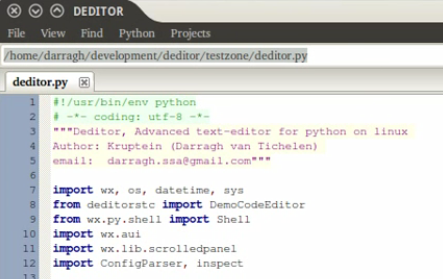 Top of the bill is a new plugin system which results in Deditor being able to adapt to your needs in a modular fashion. Almost every previous feature has been converted to a plugin ( Python Plugin, Projects Plugin, etc.) and documentation is already available should you wish to craft your own.

Elsewhere Deditor has gained the ability to reload files, handy when dealing with configuration files, as well as the usual round of bug fixes and optimizations.

The latest release of Deditor can be downloaded in .deb form at the link below.