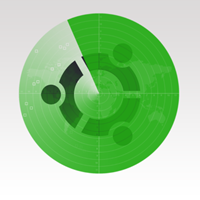 No-one goes out of their way to lose their laptop let alone have it stolen. Usually in these situations there is a slim chance of getting you laptop back – providing it has your address scrawled on the back like a label in the back of a 5th graders’ coat.

Common sense dictates to be prepared and you can be by installing free and open-source security application ‘Prey – which has been updated to version 0.5.

Prey is able to send you location data, and even take photos using the built in webcam, when your laptop goes missing and is subsequently used by someone else….

Not just for Macs

You may have heard of similar ‘snare’ technology before. Most of these stories usually involve Apple hardware thanks to OS X Leopard onwards  having tracking features built in.

But Prey can bring such technology to your very own Ubuntu-running Netbook or Laptop.

Prey works on a very simple premise: When your laptop ‘goes missing’ and is then subsequently used, Prey, using either Wi-Fi or direct Ethernet connection, will ‘phone home’ with not only the geographical location of your device but can also provide a screenshot of the desktop, stats on what programmes are running, uptime and, as mentioned prior, it can even send you a snapshot of the person sitting in-front of the computer!

It’s worth pointing out that the geo-location feature present in the latest version of Prey simply scans the area for existing Wi-Fi hotspots, and then, using Google’s Location API, maps the position of the laptop. This means you don’t need to have actual access to any of those hotspots, your computer just needs to be able to detect them.

A inbuilt messaging and alert system gives you the power to warn the rogue user that you’re on their case. You can even sound an alarm if you wish – which is probably the quickest way for your laptop to end up trashed by the guilty so-and-so.

Better yet the application is lightweight. The developers themselves see this as a boon: –

“Yes, this is a feature. Prey is written in bash which means it has virtually no dependencies, only what its different modules need to work. This also means Prey is portable and should run in just about any computer.”

Prey is a cross-platform application available on for Windows, OS X, Linux and now Android. When used on Linux the application ‘should be run as root so it doesn’t depend on an active user session to run, but only on a successful boot’.

The application has an easy-to-use configuration wizard that runs on first launch. Here you can enable/disable any ‘modules’ as you see fit as well as specify the specifics of alert notifications.

The latest update to the software comes with many improvments for users of all platforms. For Linux users in particular there is a ‘new strategy for capturing webcam shots’, improving both image quality and lightness on that in prior editions and Prey now connects to the strongest network signal available.

WiFi fixes – including the ability to set a delay inorder to give wifi time to work  – are also present.