Giz-China has revealed some images of an Ubuntu powered multitouch tablet by an unknown manufacturer showing off the Unity interface. 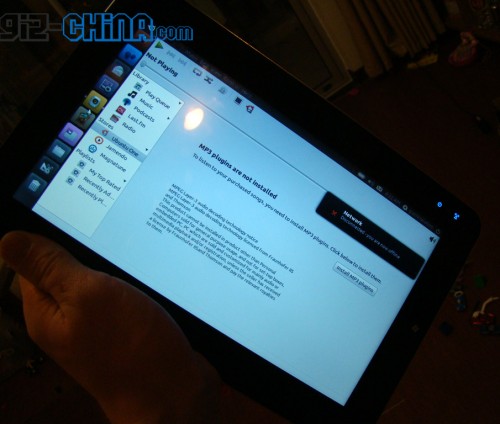 Not much is known about the instantly booting multitouch tablet except that it has a Intel Atom 1.6 GHz CPU, 2 GB RAM and a 32GB SSD (Hey, that is more powerful than my desktop :( ) and runs Ubuntu 10.10 Netbook Edition.

More information and photos at Giz-China

Андрей Янкович No, flatpack is not a convenient tool, for publishing cross-platform…
Discord for Linux Goes Stable, Is Available to Download Now

HELLAS According to Canonical's site, Canonical delivers, maintains, secures and sustains…
We Love to See It — Lenovo Expands its Range of Ubuntu Laptops