Clementine – the Amarok 1.4 inspired music player – is going mono in its forthcoming release.

If you’re worried by that statement then relax -  I don’t mean that kind of mono but rather its unique animated tray icon – which is being de-coloured for Ubuntu Ambiance and Radiance users in its forthcoming release. 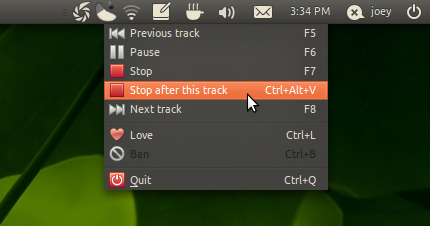 Where previously the tray icon would drain of ‘juice’ as a track progressed (see image below) it now drains of, well, #eae4d0 to be specific. 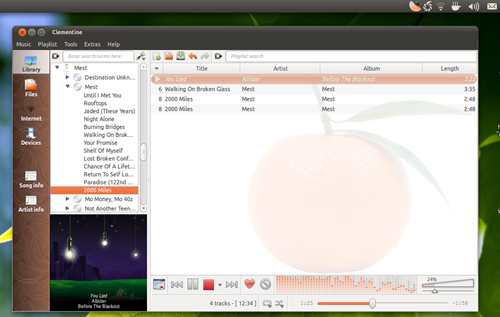 The icons are the work of a user by the handle of jerivasmelgar and will be turning up  in the next proper release of Clementine.

In the mean time, if you’re both impatient and strangely addicted to having a cohesive desktop panel, you can get the mono-icon toting Clementine from its development PPA, details of which are below.

Testing the latest releases of Clementine in Ubuntu

You can install the latest development snapshots of the Clementine music player using the official development PPA.

This PPA isn’t intended for every-day  but is there for those who value the latest fixes, features and changes over stability.