An Argentine reader by the name of Nicolas stopped by the OMG! Inbox! to spread word of his superbly improved Docky helpers for Emesene and Pidgin.

The refined Emesene helper now works with lastest version of the aforementioned application whilst also gaining the ability to display an dock icon appropriate to that of the set status . 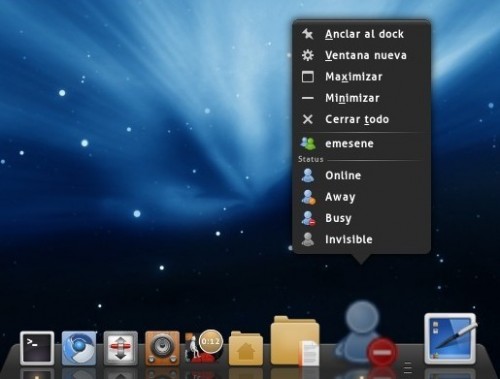 Installation is also relatively simple, just extract the .zip file downloaded above in to

Nicolas has also created proposed merging his refinements with the main Docky branch so with any luck you’ll find these included by default not too long from now.