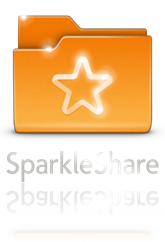 The first alpha release of open-source Dropbox competitor SparkleShare has been made available for testing today.

SparkleShare is built on mono, GTK+ and requires users to use Git for storage. Don’t have a Git repo?

“…you can create one on Gitorious or GitHub for free and upload your public key there (these are public repositories, so careful with what you put on there)”

The developers warn that the alpha “…could crash, destroy your data, computer, eat kittens, and then crash some more.” so casual users (and those prone to nervous breakdowns) aren’t encouraged to use it for anything other than testing purposes.

Download here and install using the traditional method of: –

Refer to the README inside the archive for full dependency requirements and further information on using SparkShare,