Whilst many users seem to have more HDD space than they can shake a stick at (what does that phrase mean?) others are often left with less than a few GB’s free to live in.

If you’re the latter – and hell, even if you’re the former – here are 5 ways to free up some disk space in Ubuntu.

1. Clean the package Cache and get back GB’s of space…

By default every update downloaded is kept safe and snug by Synaptic. This is especially useful for times when reverting back to a earlier version of an application is called for but if this default ‘hoarding mentality is leaving you with a Cache several GB’s in size then action is called for.

Here you choose to delete the currently cached packages or disable the feature altogether.

For the latter just: – 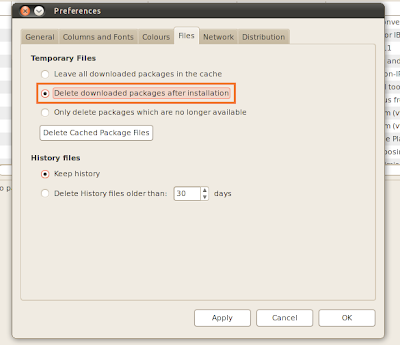 Keeping old kernels around is, actually, quite handy if you notice something awry with the latest one. Beyond that, for most casual users, once you’ve checked everything is fine after an upgrade they’re just taking up space.

Whilst you can remove depreciated kernels via Synaptic I find Ubuntu Tweak easier to use.

3. Uninstall those apps you never use. No, really, do it!

You’ve got likely got a fair few applications that were installed months ago on the back of an enthusiastic review or curious hit-and-run in the Software Centre… and then never used again.

Serial offenders: Multiple web-browsers, music players and twitter applications. Those random games that sounded good in the description but turned out to be something a NES would have been ashamed of. Finally, everyone is guilty of keeping OpenOffice Drawing about the place…

Before you mentally utter the classic line “One day i might need it...” be brutally honest: have you even used it for more than 5 minutes post-installation? No? Then ditch it.

The beauty of Linux (and Ubuntu) is that the package won’t be going anywhere aloof, any-time soon – in the event that you require it again then it will still be there waiting, capiche?

4. Use Bleachbit for thorough cleaning

The ‘CCleaner’ of Linux, Bleachbit is a scouring beast. It can wipe clean over 70 applications, free up space, shred your files and even ‘vacuum’ FireFox to make it faster. 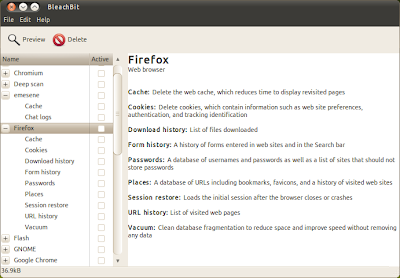 Yeah this last one may sound strange but pay heed – running updates in Ubuntu more often than not frees space rather than using more.

cloxure can you describe your workflow?
Dash to Panel Extension Now Supports GNOME 40