Ubuntu’s new netbook interface ‘Unity’ received a batch of big updates 2 days ago but, due to wrestling with the beasts known as Ralink chipsets, i’ve only just managed to update. What was added, what’s new and what’s changed? Let’s take a quick 1 minute rundown. Fingers on your stop watches…


Window control buttons on the panel 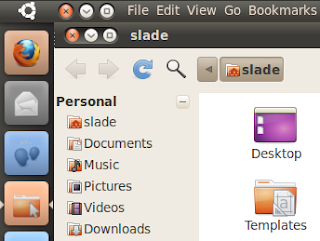 Amid at increasing space for screen-space suppressed users, maximised windows push their window control buttons into the panel. As of yet they also remain in the window border but you can get the idea.

Talking of window controls, the solo-circular styling of the panel version look much better than that of the ‘indented trough’ the Metacity currently uses, non?

Quick launchers for ‘places’, ‘applications’ and, er, ‘trash’ have been placed onto the launcher bar for easy access. Talking of which…

The textured background of the launcher bar has given way to a silky, ambiance gradient – and looks all the better for it.

Workspace overview mode thing
It works kind of like Exposé on OS X or ‘Window picker’ in Compiz – you press, it shows. I assume it is supposed to give an overview of workspaces too (judging from the launcher icon) but alas for now it doesn’t. 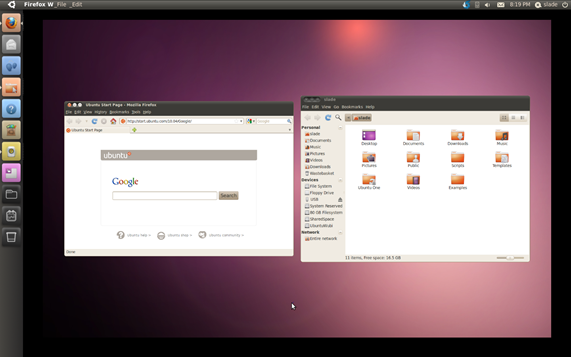 Prepare to start installing a tonne of applications by accident for the application page – including each category – now boats some handy links to other similar software.

Click on on and the application will/should open up in the Software Centre for you to install.