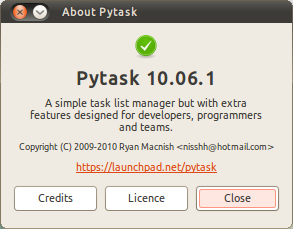 PyTask is a self-described ‘simple task list manager’ that orientates itself around providing ‘extra features designed for devlopers, programmers & teams’.

On first glance it could be easy to mistake PyTask as ‘basic’. It may lack all of the various bling other applications of its ilk provide (such as GTG!) but what helps PyTask stand apart are the broad set of filters available.

Ryan Macnish, the projects’ developer, states that his reason for creating PyTask was borne from “…looking for a good task manager for my GNOME desktop, one thing i noticed is that almost all of them have the same set of features. Pytask is my view of how a good simple task manager should work and also a learning project.”


The application doesn’t come with plug-in support, syncing or a far-flung set of frivolous features instead it focuses on one thing: being usable. For that reason I can’t help but recommend it. 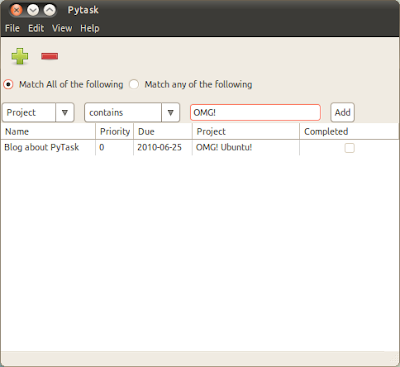 Installation
Installing PyTask is preferable via the PyTask PPA (Lucid only): –

Once installed PyTask can be launched from the Applications > Accessories sub-menu.
Article originally appeared on omgubuntu.co.uk
apps pytask tasks

Thomas Hansen Yes, just as Google Chrome! :) My point is, a…
Microsoft Edge for Linux is Now in Beta