A new release of the popular Elementary theme has been made – adding improved support for Nautilus-Elementary, a revised style for the Midori web browser and some new look minimal scroll bars. 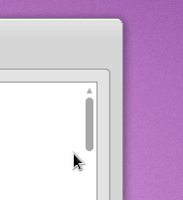 The latest and greatest release of the Elementary GTK will be available via the Elementary PPA very shortly. In the mean time if you’re dying to play with the new scrollbars you can download the theme @ http://danrabbit.deviantart.com/art/elementary-gtk-theme-83104033

Note that Elementary uses – and thus requires – three theme engines: Murrine, Aurora, and Equinox. Two of these are pre-installed in Ubuntu, and the third, Equinox, can be installed via the Elementary PPA.