Want to sing-along with your favourite songs in Ubuntu? There are several desktop applications that can automatically display lyrics to the currently playing song.

OSDLyrics displays lyrics directly on your desktop, highlighting the words in real-time like karaoke! 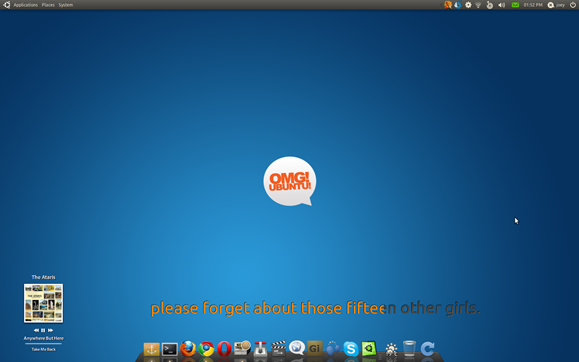 OSDLyrics works with most popular music players including: –

Display options are fully configurable. You can set the colour, font, width and more. 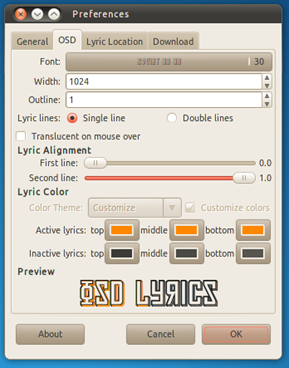 OSDLyrics can be installed easily in Ubuntu via the official PPA. Open a terminal and enter the following lines, hitting return after each and entering your password where prompted.

CoverGloobus is a desktop coverart & media controller that can also display lyrics to the currently playing song.

it supports pretty much every music player and has configurable settings for lyric download services.