Pinta, the open-source drawing/editing program modelled after Paint.NET, has hit version 0.3. I must’ve been busy in the potting shed or hand-gliding when they pushed it out as this release totally slipped me by!

With over 25 new effects, 3 new tools and a bevy of improvements all around the application is fast on its way to the goal of providing “…a simplified alternative to GIMP for casual users.”

Gradients, Text and the must-have ‘magic wand’ selection tool are now available to use, leaving one ‘greyed out’ tool remaining in Pinta’s toolbox.

The magic wand works pretty well and seems able to differentiate between quite close shades with ease. 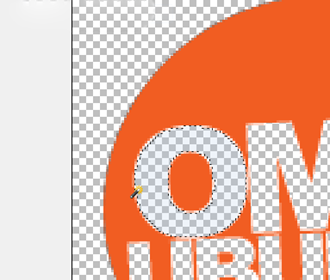 The text tool is a much more basic affair. For example, just like Microsoft Paint, you can’t edit a text layer once you’ve hit return so ensure your typing is spot on.

Gradients work as expected with Linear, Linear reflected, diamond, radial and conical shapes to choose from. Options for setting colour and transparency modes as well as blending are also available.

Most notable in Pinta 0.3 are the ‘porting’ of 25 effects from Paint.Net including blurs, noise reducers and warp effects.

The GUI hasn’t been forgotten either with 0.3 adding improved zoom, live preview of effects and a pixel grid to allow for precision editing.

Hopefully at some point this latest release will be available to Ubuntu Karmic & Lucid users via the Pinta PPA. As of the 16th May the PPA still contains version 0.2. The PPA for reference is: –

In the mean time, if you’re really desperate to try it out, you can grab the source from here and compile it using MonoDevelop with the solution Pinta.sln.

You can read more on the latest release @ http://pinta-project.com/release/0.3