Now before the smart alecs at the back start groaning about ‘Yet Another Linux Music Player’ the developer is actually adding something new here: style. 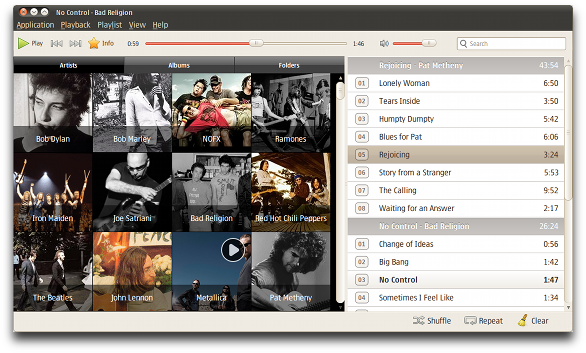 Although Minitunes is still heavily under development you can sneak a peek at it – but be aware that this isn’t an alpha, less so a beta and a stable version is much further along the track. Comprendez? Kapeesh.

First you need to download the Minitunes snapshot. Press the button below to nab that.

Before we can run it we need to install the necessary dependencies. Open up a terminal and enter the following commands carefully.

Once the dependencies have been installed navigate in to the extracted Minitunes folder using cd minitunes/ and proceed to run the following commands to both make and run Minitunes.

Now you need to choose a music folder for Minitunes to scan. Now, because Minitunes pulls in data (for album art, artist art, etc from Last.fm a large collection is going to take a fair while to be fully scanned and ID’d so my tip is to try it out by just selecting one artists’ folder. 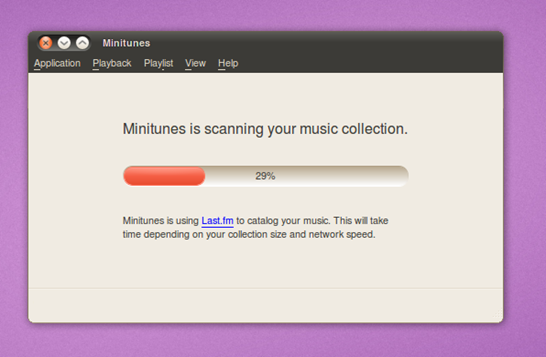 Once loaded you’ll have three main views: Artist, Albums and Folder. This are pretty self explanatory; to add an artist or album to the playlist just hover over the folder art and press the play button that appears.

You are able to shuffle, repeat and clear the playlist at present. 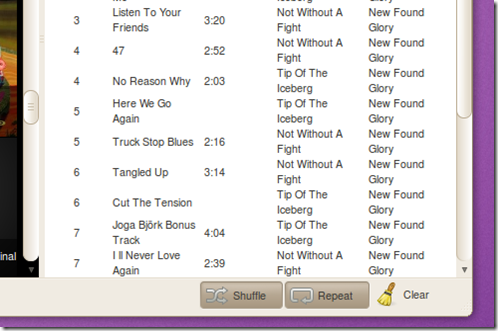 You can get info on the currently playing artist by pressing the ‘start’ icon in the toolbar. 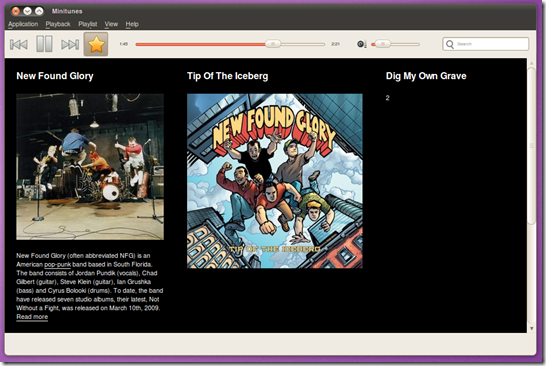 Remember that this is a preview  – there is no alpha, this isn’t a beta and a stable version is much further along the line. 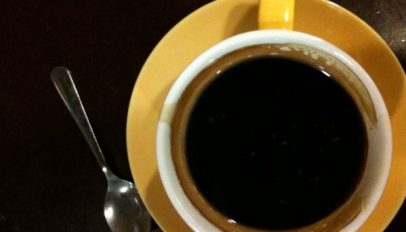