Clementine music player is a port of Amarok 1.4 with many features rewritten in Qt4.

We love trying anything new at OMG! towers so after spotting Clementine mentioned in a comment by reader Heepie in our post on why Songbird dropping Linux support isn’t that much of a hullabaloo, I just had to check it out.

I’ll get the bones out my closet first: I’ve never been a massive Amarok fan (though i have only ever used the most recent versions of Amarok in Kubuntu) playing around with an even older version â€” albeit a port â€” wasn’t something i held much hope for. But do you know what? I was surprised.

Clementine is free from a lot of the, dare I say typical, KDE tradition of smearing every interface with a plethora of needless buttons and excessive options. Clementine, however, is actually really refined and free from all of the attention-seeking clutter than normally aches my eyeballs when using Amarok.

So, here are 5 features of Clementine that scored a thumbs-up form me.

Whether you dig the Amarok style or not there’s no denying that Clementine is true in its claim of being a port: It is nye on identical to Amarok 1.4 sans a few features here and there. 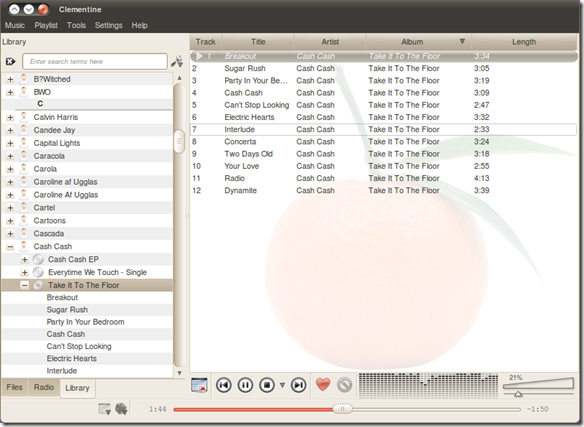 Several things to note about the UI in general â€” the section headers in the main playlist window can be removed and others added (composer, genre, etc). You can also change the style of the visualiser in the toolbar or choose to display none at all.

The cover art manager many Amarok users will be used to is present and in fine order. It fetched every album cover i asked it to without issue. 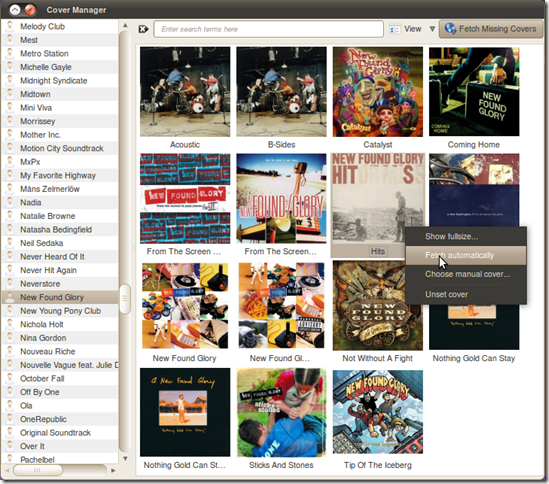 A small, but awesome touch is the tray icon. Aside from being a fantastic icon in itself (an orange segment) it is also animated: –

The fact Clementine is QT4 will make no difference to KDE users but ensures GNOME users get an application that doesn’t stick out like a sore thumb.

Other things to note: –

One-click installation .deb file ahoy. Meant for Karmic but I’ve experience not ill-gotten gains from using them in Lucid.

Mikko my computers are a mix of windows,mac os x,linux,mac os 9.2.2,
Check Out GNOME Shellâ€™s New Look in GNOME 42