Some comments that Ubuntu founder Mark Shuttleworth recently made on a bug report have been flaming up and down the internet faster than a bushfire in the outback.

Annoyingly the “popularity” of said comments is not down to any salaciousness news or shocking revelations present in what Mark has to say but simply from articles being padded out with gross inaccuracies and false assumptions about how the Ubuntu community works.

As such I just want to offer my opinion on this because, to me at least, there is nothing new or shocking in what Mark has said.

The blatant linkbait contentious issue comes from one specific line in which Mark states, in a discussion on the Window button debacle, that –

“This is not a democracy. Good feedback, good data, are welcome. But we are not voting on design decisions.”

And y’know what? There’s nothing wrong in that statement. Relax kids! I trust a qualified doctor to prescribe my medicine based on what he knows. I don’t then expect a poll of the waiting room patients to see whether they agree with him; My trust is in people with interface design backgrounds to choose the best interface and design options.

That’s not being dictated to or denied a say, that’s just common sense. 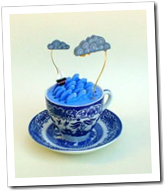 The Ubuntu community has always been a meritocracy – a system whereby people are given responsibilities based upon proven talent and aptitude – so any gripes over this are about 5 years late. Ubuntu shines because it has the best people delegated to manage and oversee each part of it.

These decisions are made by informed people whose sole aim is making Ubuntu great. Passers by stamping their feet because they don’t get to make the decisions are totally missing the point.

As Mark later points out: –

We have a security team. They get to make decisions about security. You don’t get to see a lot of what they see unless you’re on that team.

We have processes to help make sure we’re doing a good job of delegation, but being an open community is not the same as saying everybody has a say in everything.”

People getting the wrong end of stick

One spuriously fact-deficient article presents Canonical/Ubuntu Community as some moat-surrounded-fortress from which evil wizards plot to make the Ubuntu experience rubbish for all…: –

Open development is what Linus sees as Linux’s greatest advantage, where anyone can contribute and everyone’s opinion counts, he believes this makes for better software. For Canonical to develop Ubuntu and gather such a large community around it, only to deny them this collaboration, is just wrong.

Now, last time I looked there was a massive community actively collaborating on Ubuntu and anyone is free to file bugs or chime in with their thoughts. The fallacy in the argument above is in expecting everyone’s opinion to be factored into the end product. That’s both wishful thinking and just plain illogical.

The Ubuntu developers do a great job of balancing the direction Ubuntu needs to take (adding new features, making everything work, keeping up with user trends) and the needs of the community at large (fixing bugs, tweaking things so they work better, adding hardware support).

So is Ubuntu an open community? This author doesn’t thinks so.

An open community is just that, the community has a say in everything. If the community at large doesn’t like something, you don’t do it. This is what ‘open’ means, open to discussion, open-minded.
Open-minded discussion and developer compromise has been part of Free Software development since the beginning. If Ubuntu users wanted to be ignored they’d be using Windows 7 or Mac OS X.

This is, again, a flawed argument on behalf of the article author because Ubuntu is open, is open-minded, is open to discussion and is open to contribution. Look at launchpad, look at the mailing lists, look at the IRC’s, look at the developer blogs, UDS…

What is not open is people wanting to come in and make the decisions with some sense of ‘entitlement’ simply because “this is Linux” – and rightly so!

Too many cooks spoil the broth (or something)

This isn’t to deny that there are some areas where dialogue between developers and users couldn’t be improved but to imply that Canonical are fostering some elite clique of decision makers who are oblivious to community opinion isn’t accurate and is an insult to the community.

Ubuntu is so popular because it is so good. It is so good because it puts the best people in the right positions and there is nothing to be ashamed of in doing that.

“Storm in a teacup” by UK artist John Lumbus