With a few weeks to kill until the next Beta of Ubuntu 10.04 why not stoke your creatively-sapped juices by re-creating the new Ubuntu 10.04 default wallpaper in Inkscape?

Popular Spanish design site cursorlibre.com have offered up a step-by-step tutorial on recreating the aubergine-inspired wallpaper from scratch.

If you don’t speak Spanish you can view a (in places bizarrely) translated version via Google @ this link. 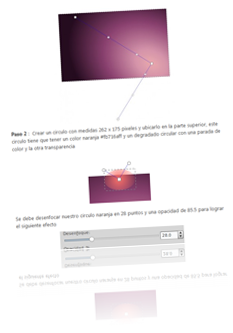 Worth a few minutes of anyone’s day ā€” and be sure to share your attempts in the comments!

Home Ā» How to recreate the Ubuntu 10.04 wallpaper in Inkscape (Step-by-step)

Fuseteam uh what? why should my browser need any access to…
10 Things To Do After Installing Ubuntu 21.10