Yesterday evening the jolly folk behind launcher-and-then-some GNOME Do held a meeting to set out some goals for the future of the project.

Hold on to your seats, kids.

First things first, the ‘GNOME’ in ‘GNOME Do’ is getting dropped. This isn’t a slight at GNOME but more about ensuring that the project isn’t perceived as solely a GNOME application – KDE, OS X and Windows ports are all on the table.

The application will be getting a major overhaul over the next few months resulting in the application being, essentially, rewritten from scratch. This is to allow Do plug-ins to run as separate processes to better aid stability and functionality. Enhancing application compatibility (i.e. posting to Gwibber or Pino from Do without needing a plug-in) is also a a much mooted feature by the team.

The reset will also result in Do getting a new interface…

The interface of Do has always been incredibly pretty to look, right? But is it as good as it could be? And what do you do with Do now it’s sans Docky? Is it as intuitive as it could be?

Thinking along these lines an enhanced interface is being proposed with the most important change being to properly distinguish a ‘text entry’ box so newer users understand how to use Do. 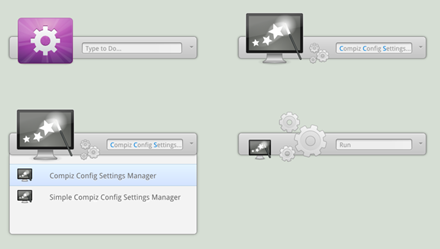 (Mockup by non-other than the awesome DanRabbit)

In the aim of usability Do shouldn’t confuse the user when calling an application or action; if you type Firefox with the intention of launching it do you really need to see the ‘run’ option next to it as well?

So Do will be changing over the next few months and we’ll be keeping a pretty beady eye on it as and when it develops.

Home » GNOME Do to get more kick-ass than Chuck Norris

Rafael Martines Much better now, I got really confused with the old…
elementary OS 6 Intros a Simpler Alt Tab Experience

lestcape It's a personal preference, you are wrong here, you are…
5 Best GNOME Shell Extensions for Ubuntu

Johny JV Pětník Well, then that is just a wrong set of assumptions…
5 Best GNOME Shell Extensions for Ubuntu