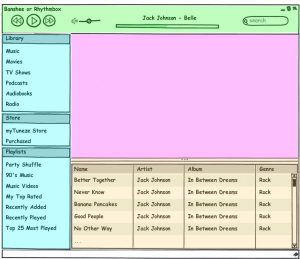 The UbuntuOne Music Store team have put a super helpful FAQ online answering many questions you’ve probably had about the impending Ubuntu 10.04 addition.

What regions of the world will be able to purchase songs? Will these downloads play on my iPod or portable media player? What are the details about the music in the Ubuntu One Music Store? Find out below!

Q: What will be the store’s name?

The store is called the Ubuntu One Music Store.

Q: How is Ubuntu getting access to popular music?

For the Ubuntu One Music Store, our primary goals are to 1) provide a wide selection of popular songs to users and 2) enable Ubuntu users around the world to have access to these songs. Among the partners evaluated, we chose 7digital because they had the largest selection of songs available without digital rights management (DRM) for the most regions around the world.

Q: What desktop application will include the Ubuntu One Music Store?

Q: How is this different than Jamendo and Magnatune?

Jamendo and Magnature will remain in the Rhythmbox music player. These are both great sources for creative commons and open licensed songs. The Ubuntu One Music Store extends the catalog of music available to Ubuntu users and will include mostly songs from minor and major label artists. These are songs that you typically find on the shelves of your favorite record shop…except in a downloadable format.

Q: What are the details about the music in the Ubuntu One Music Store?

Songs purchased through the Ubuntu One Music Store are available in high quality 256 kbps (sometimes higher) MP3 audio encoding and without digital rights management (DRM). MP3 purchases can be:

You may occasionally find songs in WMA format. We’re working with our partner to remove these songs from the Ubuntu One Music Store. Until this is resolved, we don’t recommend purchasing these songs in this format. An MP3 version can typically be found by using the store’s search feature.

Some have asked for songs in other formats such as Ogg Vorbis or FLAC. Acquiring popular songs in this format was not possible at this time, but Canonical will continue to look for future opportunities to improve the quality of the songs found in the Ubuntu One Music Store.

Q: What are the ‘system requirements’?

If your computer can run Ubuntu 10.04, has Rhythmbox installed, can play sounds and connect to the Internet, then you are ready to use the Ubuntu One Music Store.

Q: Will these downloads play on my iPod or portable media player?

Q: What are the features of the Ubuntu One Music Store?

The Ubuntu One Music Store has features that users expect from an online store.

Q: How is the store related to Ubuntu One?

Integrating the Ubuntu One Music Store with Ubuntu One gives consumers the security of online backup as well as convenience of auto-synchronization.

Please note that Ubuntu One synchronization does not support users who connect to the Internet through a proxy server. These users will need to download their purchases from the Ubuntu One website and manually add songs to their Rhythmbox library.

Q: What does it mean by x downloads remaining?

The Ubuntu One Music Store’s partnership with the music labels limits the number of times customers can download a purchased song from the music store to three (3). While this gives people some security in case of catastrophe, additional downloads should not be necessary as purchases are backed-up in the customers’s Ubuntu One personal cloud.

Clicking to download again will transfer songs to your Ubuntu One personal cloud again and will deduct from the downloads remaining. Customers shouldn’t need to do this though unless they delete the song from their cloud storage.

Q: What regions of the world will be able to purchase songs?

Most popular songs are licensed by territory (basically by country). Our starting territories will be the UK, US, Germany, the EU, and the Rest of World. Customers who use the EU store (users not located in the UK or Germany) will have access to purchase songs from two of the four major labels. Customers who use the Rest of World store will have access to purchase songs from independent labels.

Canonical will analyze usage of the EU and Rest of World stores after the 10.04 launch to decide which territories would be best for expansion. Watch the Ubuntu One blog in the months following the launch of Ubuntu 10.04 for more information.

Q: How do independent artists from the Ubuntu community get their songs into the store?

The Ubuntu One Music Store has great potential for the Ubuntu community and we want members to be able to contribute their own works (especially if it was produced on Ubuntu) to the store. Our partner, 7digital, works with various digital distribution companies that represent artists.

Please submit bugs and feature requests to the Ubuntu One Music Store project in Launchpad. The development team monitors this area and reads all messages.