Today saw the final artwork drop for the Karmic Koala – and what an update it’s been!

What’s new? Take a look below!

The default theme for Ubuntu has changed! Finally!

Gone are the orange titlebars and scroll bars, and a sleek brown is in their place. A theme somewhat echoing that of Ubuntu 5.10 Breezy Badger! 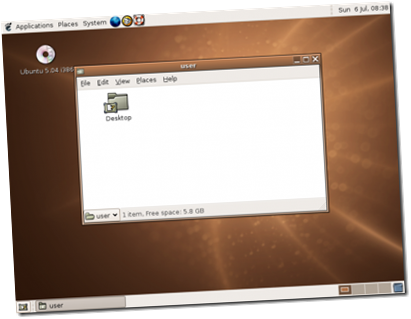 For anyone noticing any issues or discrepancies with the newly polished design – bear in mind the artwork team rushed it out of the door so it could make today’s Artwork deadline. I hear it’s by no means the final product so expect some more refinements!

Although the default wallpaper for Karmic Koala is yet to drop (based on past releases, it’ll appear in the RC), today’s ArtworkDrop did bring some much needed wallpaper-based eyecandy in the form of a (very Windows 7 like) ‘wallpaper pack’ called ‘Cosmos’.

‘Cosmo’s’ is a set of 8 or so photos from the Hubble telescope that automatically change every 15minutes.

You’ll also notice that on all ‘Appearance’ windows there is now a hyperlink to “get more online”. This link takes you to the official Gnome artwork site which, sadly, is home to some of the most artistically challenged artwork available online! Eek!

Today’s other big news was the fact that Ubuntu has a shiny new default icon theme!

‘Humanity’ is a updated, modern refresh of the previous default ‘Human’ Icon theme. It keeps the warm orange tones, but adds some gloss and style to the proceedings and shakes off some of its processors  ‘cartoonish’ quality.

Say hello to the final thing you see when shutting down or rebooting – It’s the minimalistic new logout screen! A gorgeously understated design that simply fades away after a few seconds.

[Screenshot thanks to Nickedynick @ UbuntuForums.]

Put It All Together… 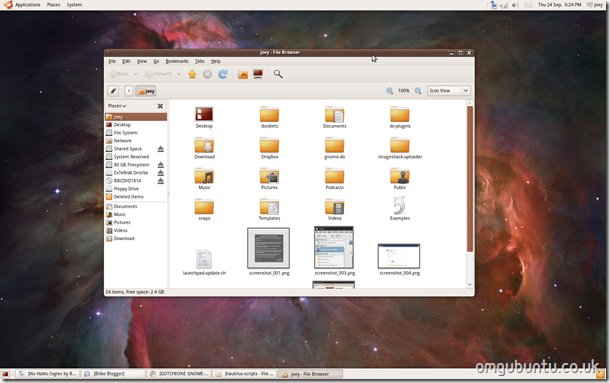 Install Picasa 3.5 In Linux
Read Next