NowPlaying and CoverGloobus are two methods for displaying currently playing track details, controls and artwork on your desktop.

NowPlaying is a screenlet and requires the Screenlets framework to work. 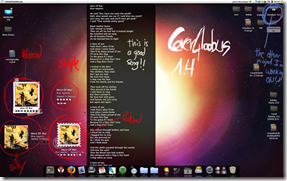 CoverGloobus is a “stand alone” port of ‘NowPlaying’ by the awesome JordiHP that can support a variety of NowPlaying themes, but not all of NowPlaying’s advanced features such as scrolling details and hidden player controls.

If you see both, it simply means you can install the NowPlaying theme in CoverGloobus without any issues. 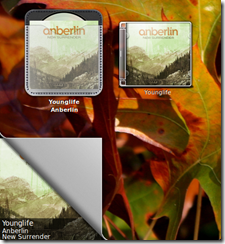 This theme is very cool! You place it in the bottom left, right of the top or bottom of your screen and it ‘mimics’ your wallpaper peeling off. 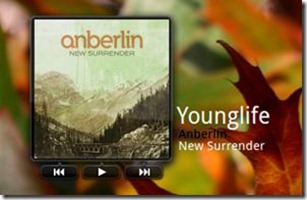 A mix of Inlaid Alt theme (see below) and a simple ‘drop’ case for the album art, created by myself.

A “port” of the Thairy theme for the Windows CD Art Display application.

Sadly since my Ubuntu install got borked just after I finished porting this, i have lost the files. Don’t despair as i will be remaking it tomorrow – and posting the link up then. 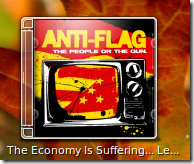 This theme did need tweaking to display perfectly in CoverGloobus – but i have uploaded the modded version for your eye-candy consumption.

Song Info text scrolls in the NowPlaying version, and simply tails off when in CoverGloobus. 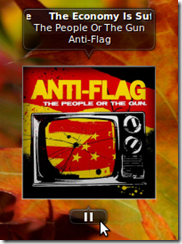 Screenlets only, but this theme has to be tried to be appreciated! The ‘player’ controls only appear on mouse over, and the track info bubble only shows when something is playing – which is really neat. 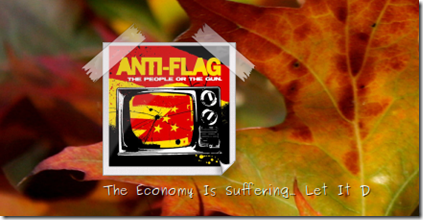 Made by DJD, this theme is a popular skin for NowPlaying and is one of CoverGloobus’s pre-packaged themes. 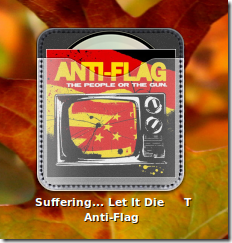 CD Cover Drop Pocket comes in a multitude of colours ranging from pink to white. Brown is displayed above.

The track text scrolls in the screenlet version.